Inspired by one of the founding fathers of Impressionism, the artist with a passion for gardening Claude Monet, the renowned La Belle Époque actress Madame Thébault decided to create a garden, planting the first tree in 1903. A local landscape gardener named Auguste Lecanu helped Madame Thébault to make her dream garden a reality. However, it is to Monet that the garden owes its ambient qualities, which have been carefully preserved until the present day. 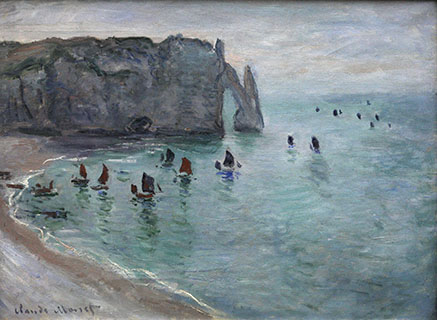 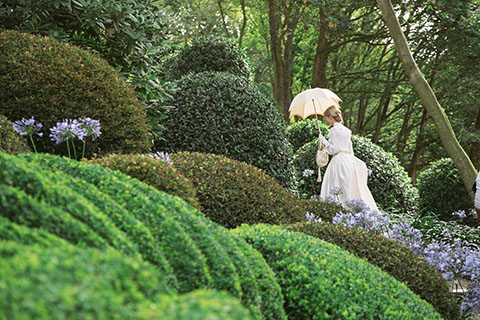 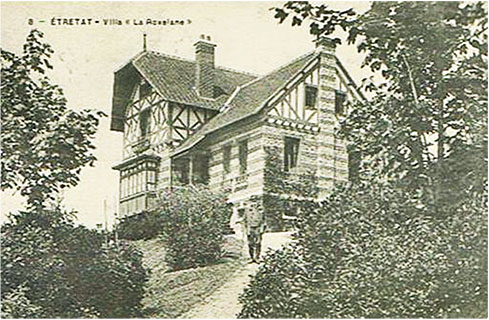 The garden sprawls across the cliffs of the Alabaster Coast (Côte d'Albâtre), a natural wonder of Normandy. Deep in the garden lays hidden the old villa Roxelane, named after Madame Thébault’s favourite historical figure. Roxelane, the wife of Sultan Suleiman the Magnificent, is one of the most notable women in the history of the Osman Empire and is remembered a person of courage and devoted love. Her extraordinary life has become the source for many literary works, films and theatre plays.

Madame Thébault tenderly loved her vast collection of orchids. To her, they personified the concubines of the Sultan Suleiman’s harem. This helped her to get into character while rehearsing the role of Roxelane. It was this role that brought Madame Thébault great success and catapulted her into stage and silver screen stardom. Today, the orchids of Les Jardins d'Étretat commemorate the work of the garden's historical foundress. 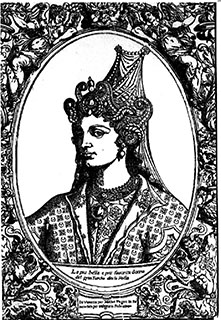 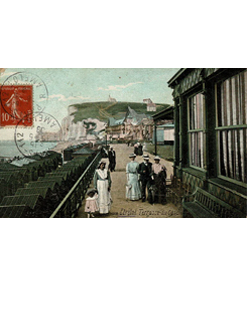 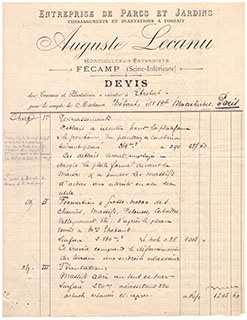 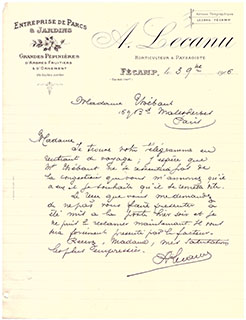 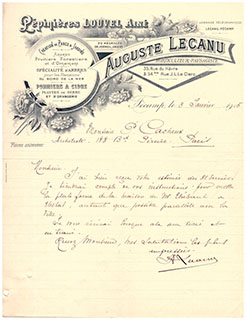 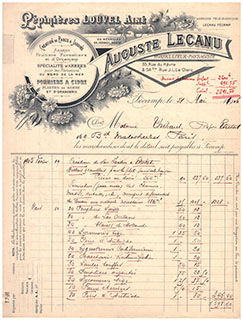 The main terrace of Les Jardins d'Étretat sits on the famous cliff d’Amont. Claude Monet spent many long hours at this unique place working on his canvases – a series of paintings and sketches based on ‘Les Falaises d'Étretat.’ In artist's own words, “the cliffs here are like nowhere else.“ This terrace has become a magnet for artists, garden aficionados, nature, architecture and art connoisseurs, especially fans of Claude Monet. Visitors find their impassioned thoughts, moods and feelings echoed in the eternal beauty of the scenery, as they delight in the surrounding landscape views and myriad of colours of the Étretat cliffs.

Alexandre Grivko drew inspiration from the life of Claude Monet and the story of the garden's foundress, Madame Thébault. He re-conceptualised and restructured the garden in 2015. The historical plant collection was restored, and Les Jardins d’Étretat kept being enriched themselves with new imagery as its boundaries expanded. The importance of this project lies in a harmonious coexistence of the old historical garden with contemporary architectural aesthetic ideas, eventually resulting in a neo-futuristic vision of the garden.

Les Jardins d’Étretat were created following the designer’s own method that allowed him to grow a garden that appears at least half a century old within just two years. To achieve this goal, the architect drew from the methodology of André Le Nôtre, the historically acclaimed French landscape and gardening artist, and the master-creator of gardens and parks at Versailles. As he set to complete his work at Versailles in record time, Le Nôtre limited himself only a few plant species, thus, achieving a striking visual effect through expressively trimmed plant compositions.

Having rediscovered and reinvented the mastery of André Le Nôtre, the signature style of Alexandre Grivko has reached new heights in Les Jardins d'Étretat. In setting up the garden, Grivko relied on the artistic philosophy of Le Nôtre, which prompted him to arrange the space through sculpted large-scale plant compositions.

The gardens feature over 150,000 plants. It is a veritable experimental laboratory, the main tasks of which are to search for and test new plant nursing technologies while experimenting with sculptural plant trimming. The garden space is arranged with the help of impressively-scaled plant compositions, the shapes of which are evocative of the landscapes and the natural features of Normandy. The plants are plied into different forms, such as the waves of the English Channel, oyster farms and the rock formations and arches of the Alabaster coast. Les Jardins d'Étretat is not only an attempt to showcase the biodiversity and natural beauty of Normandy, but also an opportunity to demonstrate new methods applied in the art of landscaping.

Les Jardins d'Étretat is an open-air museum of contemporary art, which features a unique collection of art objects. The unusual combination of trimmed plants and modern sculptures lends the gardens their tone, as well as a striking sense of individuality.

Les Jardins d'Étretat represents the art of gardening at its best and occupies a special place in the field of contemporary art, as well as in the global community of professional garden design. The museum display consists of permanent and temporary expositions. The permanent collection of contemporary sculpture is at the architectural core of the garden, the artistic integrity, drama and general ambiance of which would be lost without these sculptural highlights. This exposition brings to focus the striking individuality of Les Jardins d'Étretat in the world of landscaping art. The temporary exhibitions coincide with the annual summer season launches at Les Jardins d'Étretat. The primary goal of these exhibitions is to develop a social, natural and artistic milieu aimed to stimulate creativity, improve ethical values, preserve the environment and protect historical and cultural heritage. Grivko believes that the landscape surrounding a person is an extension of this person’s inner self. Therefore, his primary goal is to keep his work restrained and limited, to avoid excessive graphic linearity or overly bright colour palettes.

The dogmatic principle for all of his creations is defined by the position of a person in space and by the states of self- awareness they experience in it. He strives for a sense of harmony and complete visual comfort.

The historical, artistic and architectural significance of Les Jardins d'Étretat lies in the application of several avant- garde principles of Neo-futurism. The garden compositions embody large-scale neo-futuristic ideas, the art of the future staying apace with its time, mirroring the present state of the cultural advancement of humanity.

Alexandre Grivko is the co-founder, art director and chief landscape architect of the international garden design and landscaping company Il Nature, with its head offices operating in Paris and London. Born to a diplomatic family, since early childhood Alexandre was exposed to the best international educational programmes in architecture, horticultural and landscape design.

It was his grandfather, a military attaché, who instilled into Alexandre a keen interest and love towards gardening: in his spare time, the grandfather was actively engaged in planning the family garden. First, he carefully selected the plants and then looked after them. Very quickly, this garden acquired the tatus of a local landmark. Alexandre’s grandfather attended lectures in various universities and educational institutions as auditing them. Not merely an amateur, he approached the task of setting up and looking after his garden with the seriousness of a professional. When later the Grivko family moved to a country house, Alexandre found a new outlet for his creativity: a garden where he could apply the knowledge and expertise he has learned from his grandfather. That is when he began his independent experiments in gardening, which led to formal education at a floral design school.

Aleхаndre Grivko was listed as 23rd among “ the 100 best Russian architects and designers“ in Architectural Digest in 2016 (Condé Nast corporation). Forbes Life mentioned Alexandre’s garden Orekhovno as 7th among the ten best gardens in the world (2012). The designer and his creations frequently feature in Vogue, AD, Elle Decoration, House and Garden, Forbes, Le Monde, Paris Match, Le Figaro and many other prestigious publications. Recently, documentaries about Alexandre’s gardens were given major awards at the cinema festival Cannes Lions International and festivals in Berlin, Istanbul, and Riga.