POETRY IN PLANTS. Inspired by the history and works of Claude Monet, Les Jardins d’Etretat in Normandy is an enchanting assemblage of planting, sculpture and dramatic coastline. 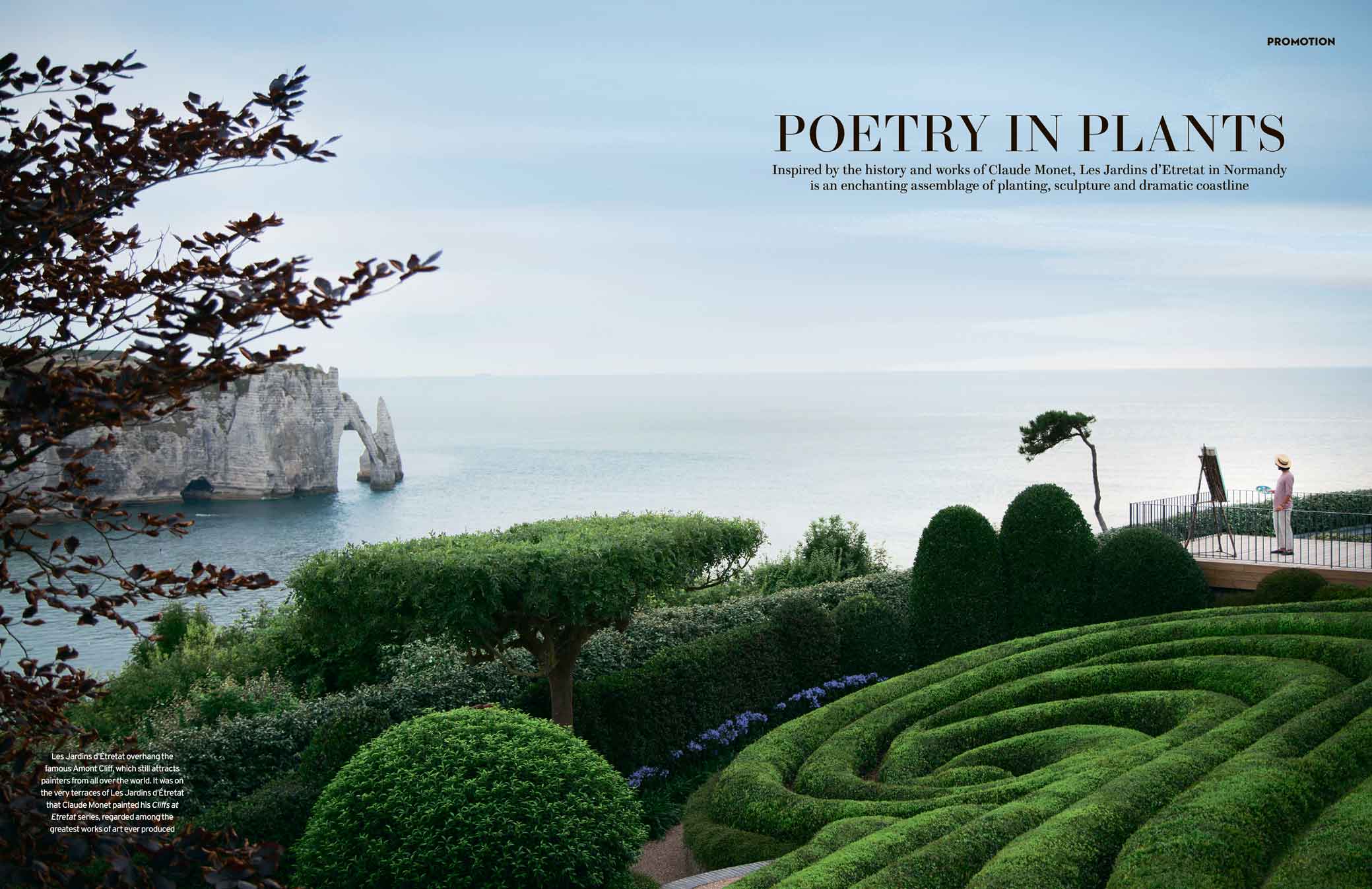 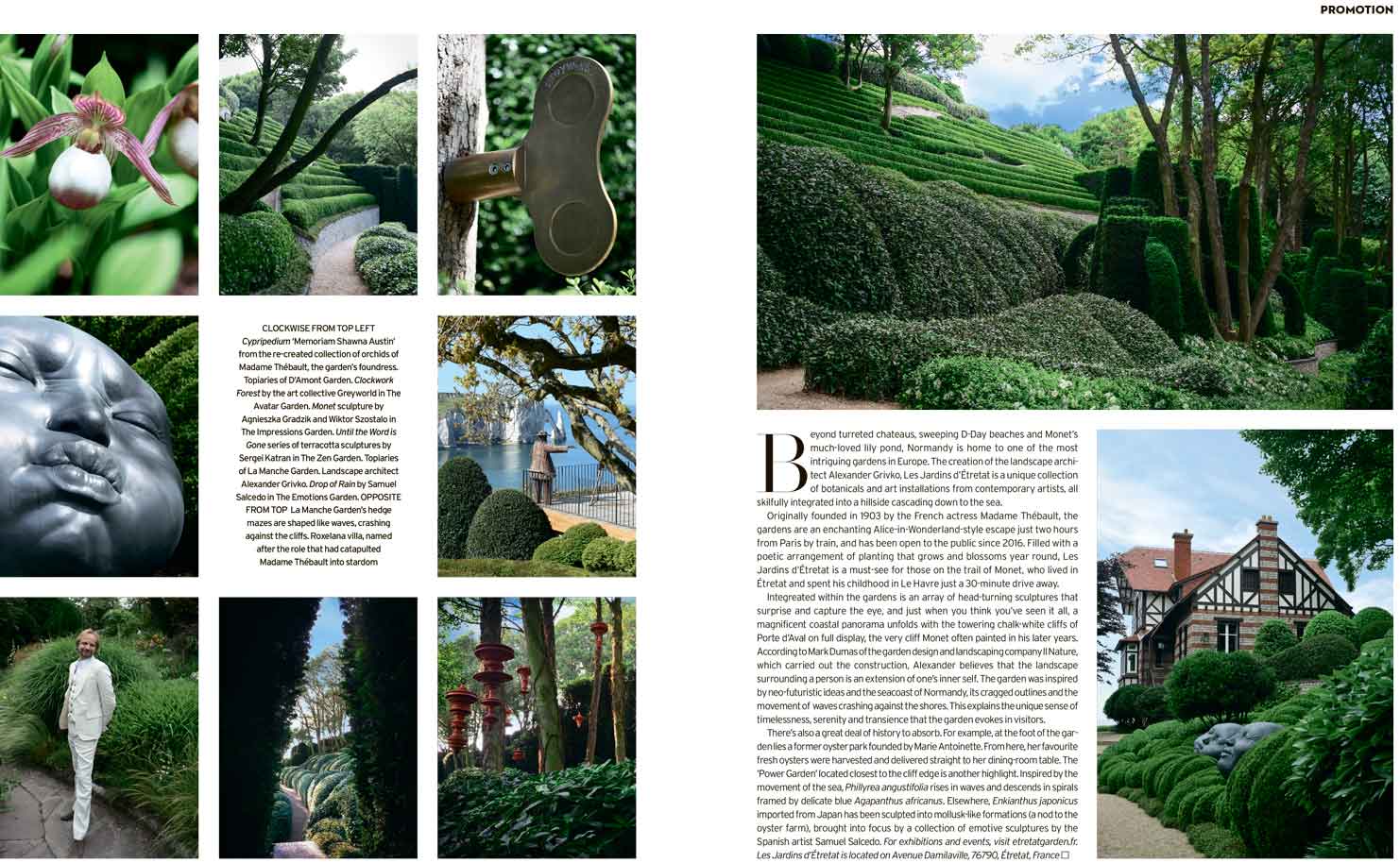 Beyond turreted chateaus, sweeping D-Day beaches and Monet’s much-loved lily pond, Normandy is home to one of the most intriguing gardens in Europe. The creation of the landscape archi-tect Alexander Grivko, Les Jardins d’Étretat is a unique collection of botanicals and art installations from contemporary artists, all skilfully integrated into a hillside cascading down to the sea. Originally founded in 1903 by the French actress Madame Thébault, the gardens are an enchanting Alice-in-Wonderland-style escape just two hours from Paris by train, and has been open to the public since 2016. Filled with a poetic arrangement of planting that grows and blossoms year round, Les Jardins d’Étretat is a must-see for those on the trail of Monet, who lived in Étretat and spent his childhood in Le Havre just a 30-minute drive away. Integreated within the gardens is an array of head-turning sculptures that surprise and capture the eye, and just when you think you’ve seen it all, a magnificent coastal panorama unfolds with the towering chalk-white cliffs of Porte d’Aval on full display, the very cliff Monet often painted in his later years. According to Mark Dumas of the garden design and landscaping company Il Nature, which carried out the construction, Alexander believes that the landscape surrounding a person is an extension of one’s inner self. The garden was inspired by neo-futuristic ideas and the seacoast of Normandy, its cragged outlines and the movement of waves crashing against the shores. This explains the unique sense of timelessness, serenity and transience that the garden evokes in visitors.There’s also a great deal of history to absorb. For example, at the foot of the garden lies a former oyster park founded by Marie Antoinette. From here, her favourite fresh oysters were harvested and delivered straight to her dining-room table. The ‘Power Garden’ located closest to the cliff edge is another highlight. Inspired by the movement of the sea, Phillyrea angustifolia rises in waves and descends in spirals framed by delicate blue Agapanthus africanus. Elsewhere, Enkianthus japonicus imported from Japan has been sculpted into mollusk-like formations (a nod to the oyster farm), brought into focus by a collection of emotive sculptures by the Spanish artist Samuel Salcedo.

Ouest France
Le Courrier Cauchois. France
Billets
We are using cookies to provide you with a better browsing experience Read our policy.