Great gardens of the world. Suisse

Alexandre Grivko is the co-founder, art director and chief landscape architect of the international garden design and landscaping company Il Nature, with its head offices operating in Paris and London. Born to a diplomatic family, since early childhood Alexandre was exposed to the best international educational programmes in architecture, horticultural and landscape design. It was his grandfather, a military attaché, who instilled into Alexandre a keen interest and love towards gardening: in his spare time, the grandfather was actively engaged in planning the family garden. First, he carefully selected the plants and then looked after them. Very quickly, this garden acquired the status of a local landmark. Alexandre’s grandfather attended lectures in various universities and educational institutions as auditing them. Not merely an amateur, he approached the task of setting up and looking after his garden with the seriousness of a professional. When later the Grivko family moved to a country house, Alexandre found a new outlet for his creativity: a garden where he could apply the knowledge and expertise he has learned from his grandfather. That is when he began his independent experiments in gardening, which led to formal education at a floral design school. 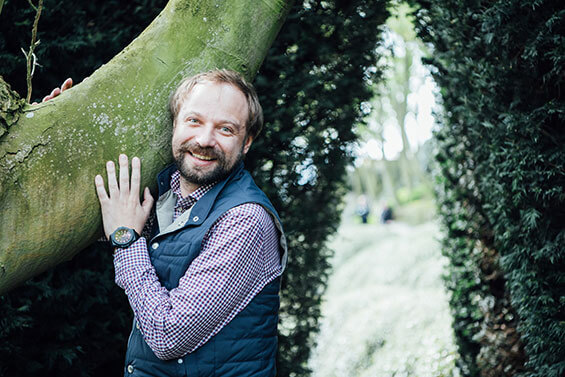 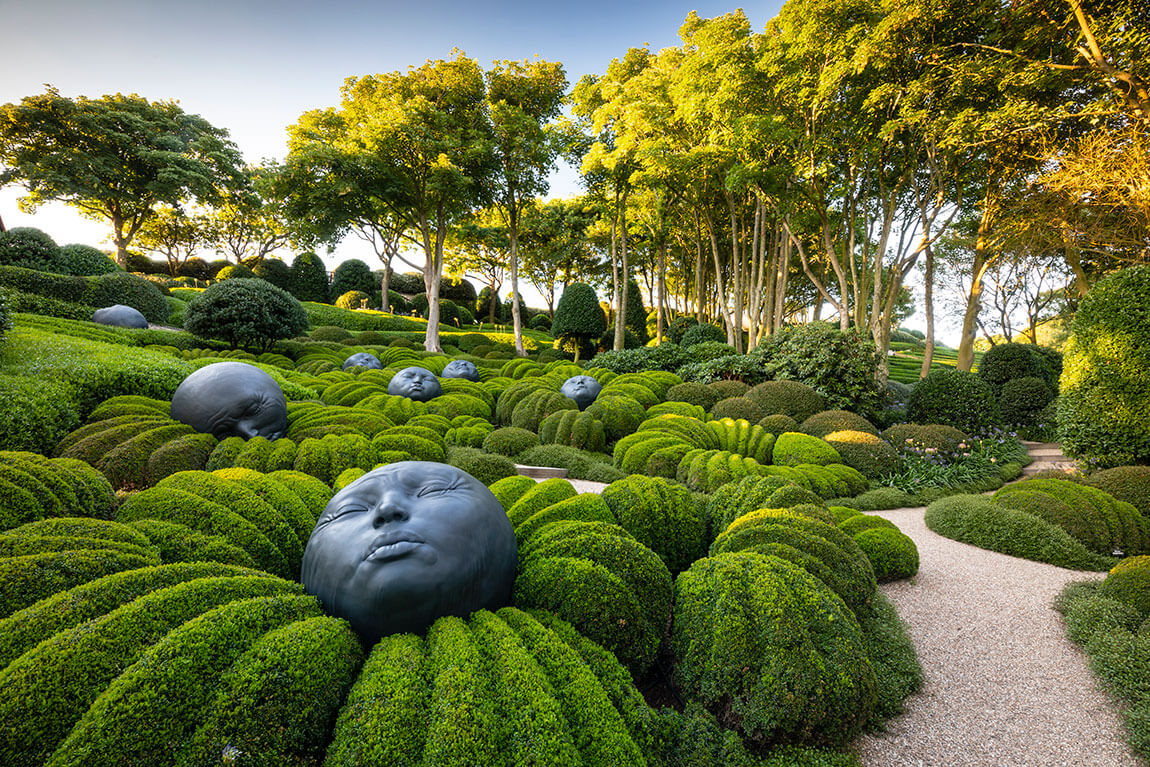 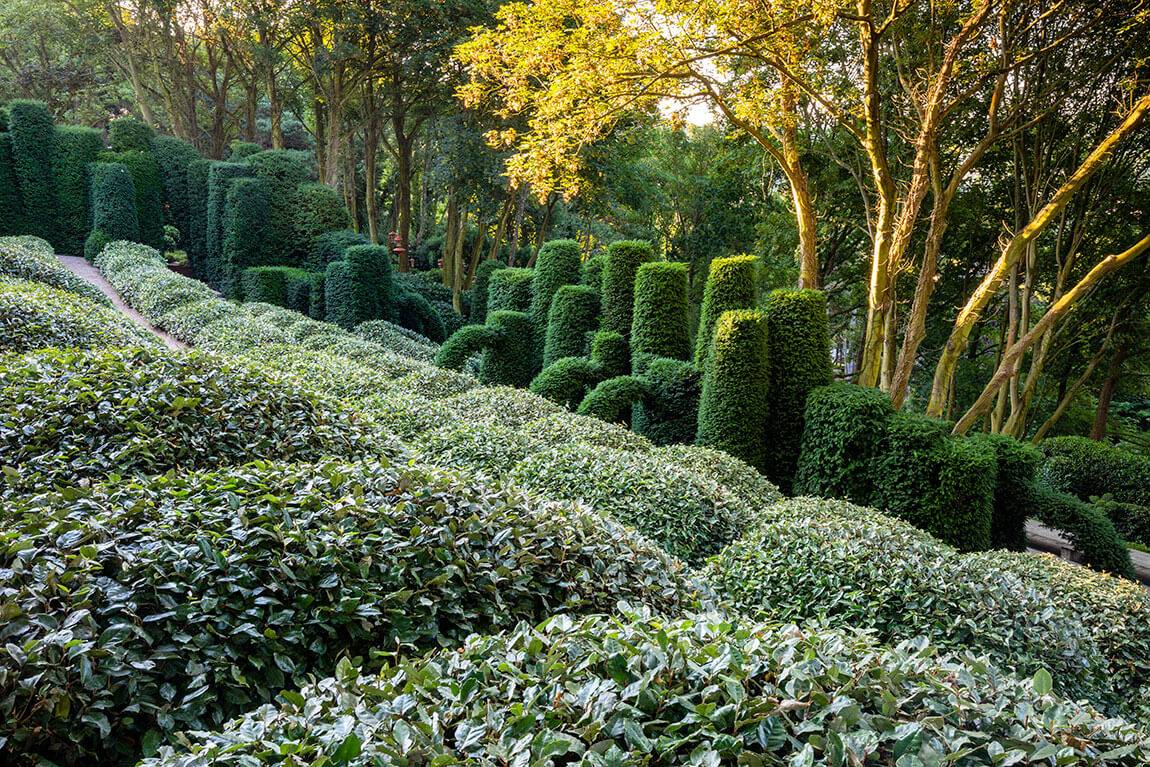 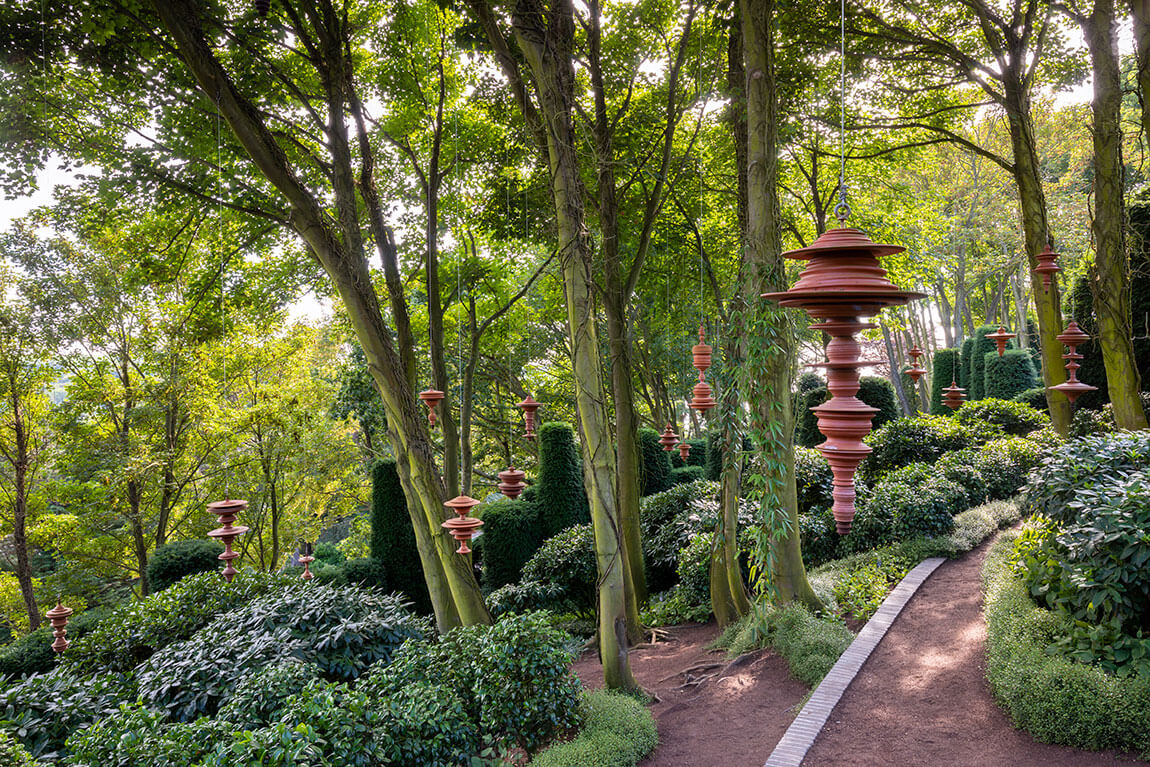 Les Jardins d’Étretat is a public avant-garde experimental garden and open-air museum of contemporary art. The gardens sit on top of the cliffs overlooking the iconic “Needle” rock cliff of the Etretat Coast in Normandy.

Les Jardins d’Étretat has a fascinating backstory that renders it, quite poetically, a “Garden with an afterlife.” The captivating story of a French actress’s historic garden has inspired landscape designer Alexander Grivko to join together the past and the future.

In the early 20th century, the actress known as Madame Thébault built a villa on an idyllic plot of rolling landscape in Étretat, France, atop the rocky cliffs of Normandy’s Alabaster Coast. The grounds, which she made into a garden for her orchids, became a favorite painting spot for her friend a painter and dedicated gardener in his own right Claude Monet, who produced many artworks depicting the Porte d’Aval, a natural stone arch in the distance.

The main terrace of Les Jardins d’Etretat offers the historical iconic view over La Manche and the cliffs that are known to have inspired such renown artists as Claude Monet, Jean-Baptiste Camille Corot, Eugene Delacroix and Vassily Polenov.

It took only one year and a half to realize the garden project. We had to work very fast and to accomplish several difficult aims such as transportation and processing of 1000 tonnes of soil on the rocky cliff, construction of 2 km of gravel paths, and last but not least, purchase and planting of more than 100,000 evergreen plants from Belgium, Germany, Italy and the Netherlands under the angle of almost 45 degrees in rough weather conditions with salt breezes from the English Channel.

The project is the winner of the European Garden Award in the category “Best development of a historic park or garden”, possesses one Michelin star in the Green Guide and has the label “Remarkable Garden”

Archinect. États-Unis
Landezine. Slovénie
Billets
We are using cookies to provide you with a better browsing experience Read our policy.