There was a time when self-care or wellness retreats were a special-occasion indulgence. But that was before the coronavirus upended our lives in so many ways, bringing stress, uncertainty and an end to holidays — or indeed travel — for most people.

Seeking out time to relax, reset and recharge has now come to mean something different, more urgent, as the mental-health effects of the pandemic continue to take their toll. The need for experiences that are not just escapist but restorative has never been more real.

Escape was exactly what I was hoping to achieve when I drove two and a half hours north-west from Paris to Étretat, a jewel of a town on the Normandy coast, one snowy weekend in February. In France, Covid restrictions meant that restaurants and bars are and were closed, but hotels remained open and travel was permitted — even if the whole country was bound by a 6pm curfew.  (All of these measures are still in force at the time of publication.)

There are so many ways to escape Paris, with its six main train stations offering tempting destinations just a few hours away in all four cardinal directions: the cathedrals and vintages of Champagne to the east, the gentle hills and great wines of Burgundy to the south, and the châteaux of the Loire to the west. But when Parisians want to get away for a quick, easy weekend, for the past 100 years they have headed north to Normandy and its famed coastal towns for an ideal mixture of bucolic landscapes, vast low-tide beaches, excellent cuisine — and, in pre-pandemic times, a dose of glamour too.

Étretat was once a modest fishing town, but from the mid 19th century it became a magnet for painters and writers. Delacroix and Courbet were inspired by the chalky coastline and stunning rock formations, but it is Monet’s famous oil series that is perhaps the most celebrated depiction of the cliffs. Maupassant owned a home there and wrote a short story called “The Englishman of Étretat”.

Over the century its charm has remained intact, attracting Parisians and Londoners alike (the latter often arriving via ferry to Le Havre, just half an hour away) to walk the coast, eat seafood and breathe the salty Channel air.

I was in Étretat for a very 21st-century retreat — the two-day Pilates & Detox at Les Tilleuls, an elegant bed and breakfast just 300 metres from the cliffs. Organised by Lugdivine Meytre, a well-known Parisian pilates instructor whom I had discovered on social media, the retreat included three hours of pilates each day, vegetarian meals and a massage if you wanted one, as well as time for cliffside walks and reading by the fire in the enormous hearth. The only requirement to attend was a negative Covid test within 72 hours before arrival.

When I arrived in Étretat, I was captivated by the little bourgeois town, with its typically Norman red-brick and white-stone houses nestled around a pebble beach. Villas built up in the hills lead to the edge of the famous white cliffs. As I pulled up to the ornate wrought-iron railings of Les Tilleuls, I was greeted by Tilia, the owner’s friendly golden retriever, also named after the tilleuls (lime trees) in the garden. I was delighted to be staying in the lilac-coloured Tilia Suite, just one of five large and comfortable rooms and suites in the tastefully renovated 18th-century mansion. I was already looking forward to a soak in my massive claw-footed tub.

Lugdivine Meytre, our pilates instructor, welcomed each of the 10 participants. While it isn’t an exclusively female retreat, the group this time was made up of Parisian women: four friends, all film-makers and documentary producers whose work had essentially been suspended since the start of the pandemic; a mother of three who hadn’t set foot in her corporate headquarters since autumn; and other mostly thirty- and forty-something professionals. Meytre, a former national athlete turned management consultant, reinvented herself 10 years ago to become an entrepreneur and then a pilates instructor. She teaches at Le Tigre (among other places), one of Paris’s high-end gym franchises.

Her pilates sessions include a sprinkling of kundalini yoga (a practice that focuses on breath and posture) and a few cardio interludes. She offered plenty of individual attention, adjusting poses and explaining technique. The morning sessions began at a civilised 9.30am; later in the day we gathered from 5.30 to 7pm. I learned a simple wake-up routine of confidence-building breathing and achingly efficient stretches that left me feeling energised and supple (which I’ve carried on doing at home). The overarching theme of the whole retreat is to relearn how to take your time and slow down.

The detox in the retreat’s concept is very French: we were served champagne before dinner, and wine accompanied simple vegetarian meals such as courgette and garlic soup, a flaky mushroom torte and, for dessert, a warm apple crisp. Evenings ended early with herbal tea and buttery caramel toffees in front of the fireplace in the parlour, with its grand piano, eclectic antiques and scattered throw blankets.

With a laid-back, everything-in-moderation approach, it wasn’t the kind of retreat that looked to eliminate anything except stress. But that in itself is no small feat in these times. Meytre was an excellent, technique-focused instructor, and she was also funny, relaxed and practical, reminding us often that it was also meant to be a pleasure — something easily forgotten in the current climate of pandemic anxiety. On the last day, as I took in a final sweeping view of the mint-green sea, bundled up against the chilly clifftop wind, I realised it had also been a release and a renewal. 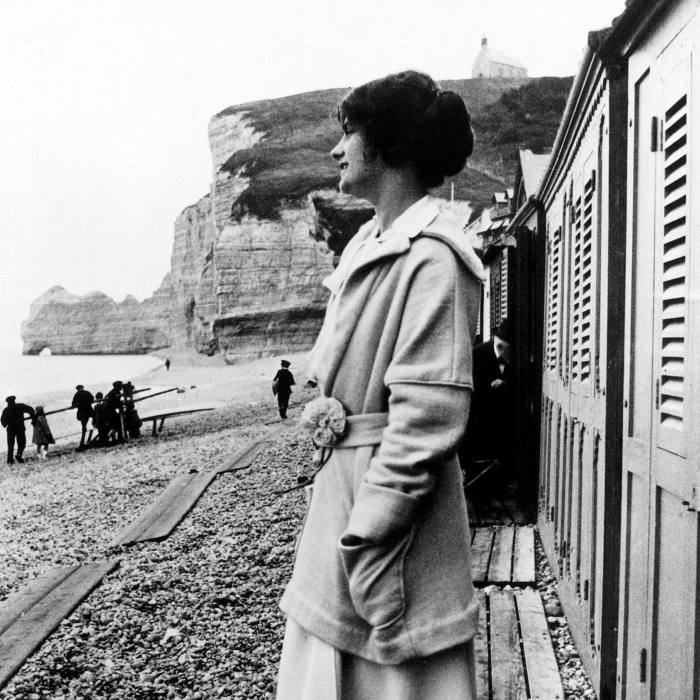 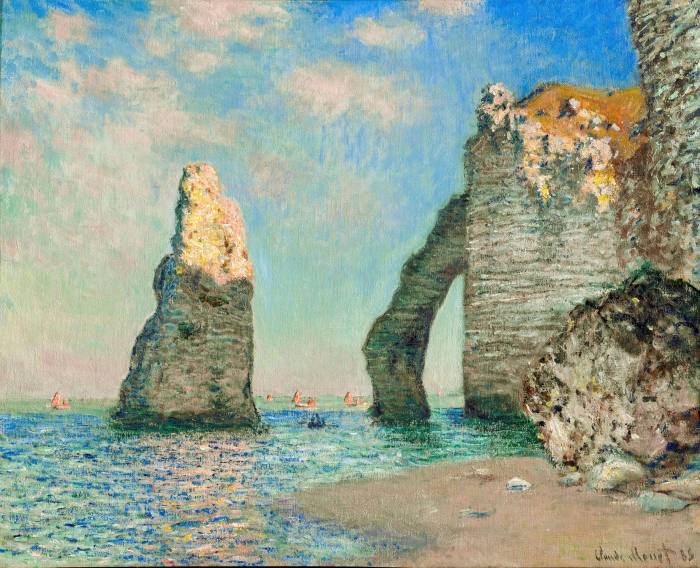 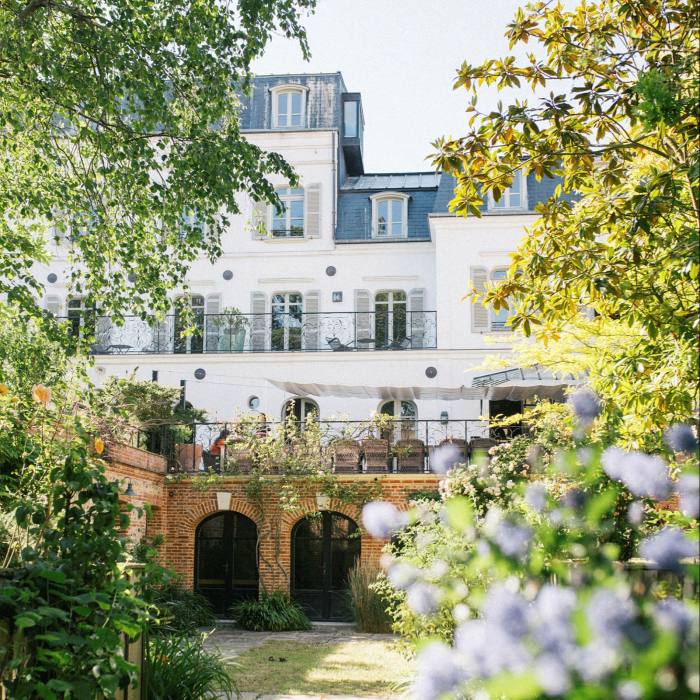 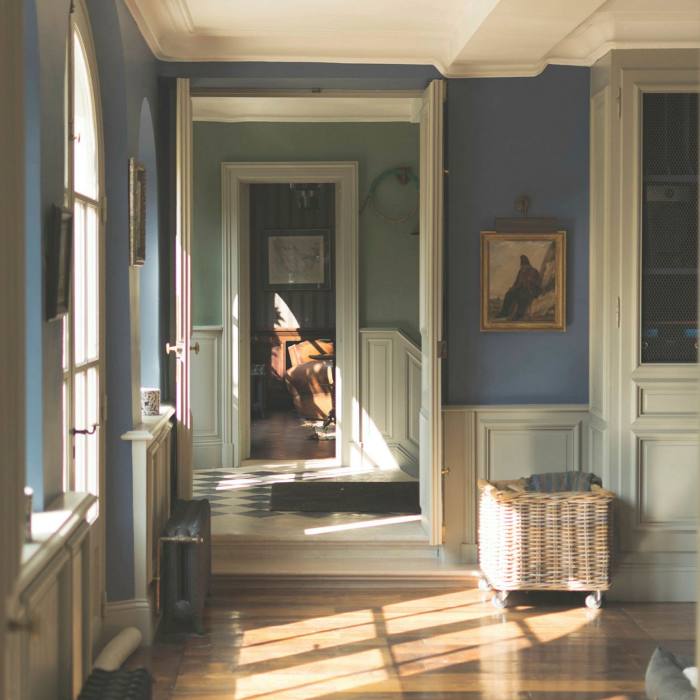 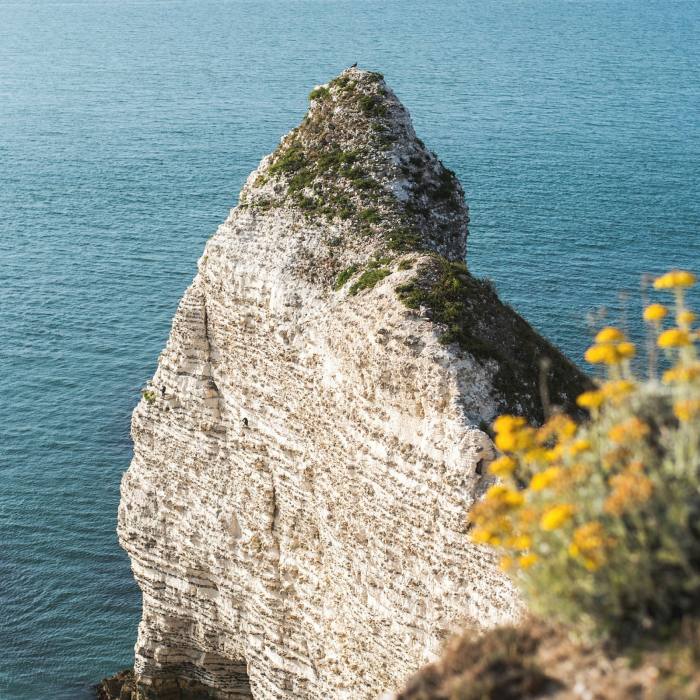 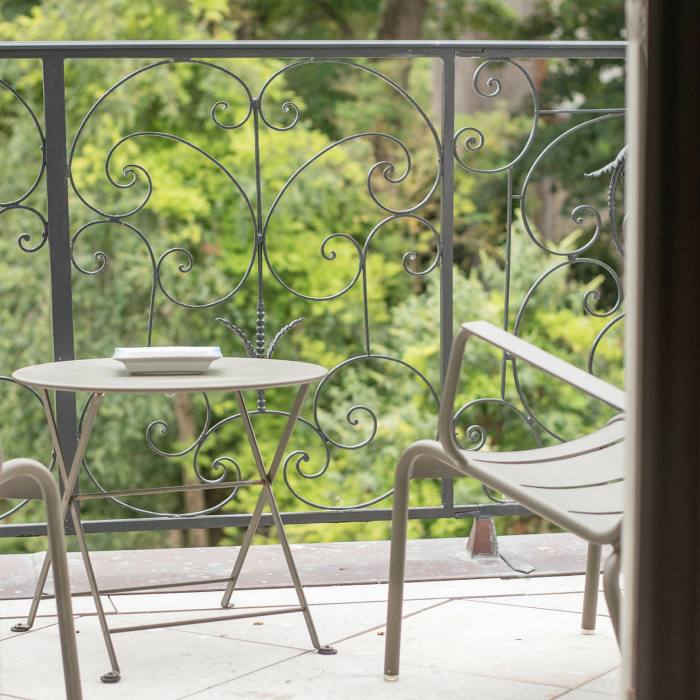 How to get there

A 2.5-hour drive, or take the train from Paris to Le Havre and then a 30-minute taxi ride to Étretat.

Les Tilleuls. Formerly a private home, this renovated 18th-century mansion was transformed into a guest house in 2019, with five rooms and suites (three of which have balconies). It is sustainably furnished with a mix of vintage and antiques, and decorated in jewel tones and toile de Jouy details.

Ludivine Meytre runs monthly pilates retreats at Les Tilleuls from October to March, and in Portugal in May. See ludipilates.fr for schedule and availability, or @ludipilates on Instagram.

The chalky-white Étretat cliffs are a five-minute walk from Les Tilleuls — a footpath snakes along the clifftops for 130km. Starting on the town’s pebble beach, I took the steep path to the top of the Falaise d’Aval, the southernmost of two natural arches bookending the beach. I was rewarded with a stunning view of the Falaise d’Amont and its graceful white arch to the north-east, and the Aiguille (“The Needle”), a 70-metre chalk spire jutting from the sea (and the object of many literary references, most notably by Maurice Leblanc, the creator of gentleman thief Arsène Lupin — now of Netflix fame and one of whose adventures takes place in Étretat, in the novel The Hollow Needle).

Les Jardins d’Étretat is a stunning sculpture garden at the top of the cliffs — and has a view listed as Unesco World Heritage site. With plant sculptures and gravel footpaths winding in landscaped coils over the hilltop, it includes a diverse array of outdoor art and temporary exhibits.

Faust Magazine
Le Figaro, France
Billets
We are using cookies to provide you with a better browsing experience Read our policy.