The Jardins d'Etretat is a unique garden combining gardens and Modern art above the dramatic needle cliffs of Etretat.

New styles and old conglomerates began to merge, in order to create, through improved lines and forms, a more comfortable space within gardens with sculpted trimmed plants. Due to this evolving search, a new special paradigm has emerged - the philosophy of parametric architecture that incorporated the denial of generally accepted static forms and exploration of new ones, as well as their subsequent modification with aid of computer technologies. Thus, parametric or motion architecture was born – the style that changed our notions about classical garden or other objects of architectural design.

Alexander made efforts to keep his work restrained and detached, avoiding excessive graphic linearity or, conversely, extra volumes, harmoniously combining naturally planted and figuredly trimmed plants into a single composition. In his landscape, the author allegorically presented a world where nature and men are one. The environmental thinking and protection of historical heritage are integral parts of the garden's mission.

The author was not afraid to experiment, combine different art, while creating a harmonious single space with all due respect to the history of gardens. 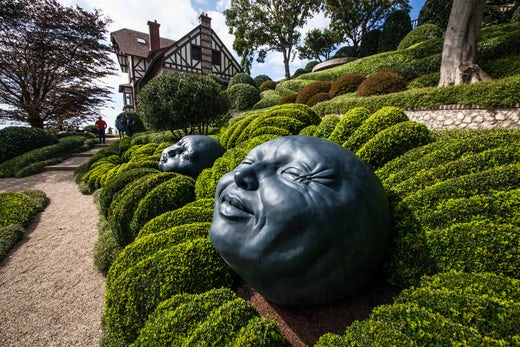 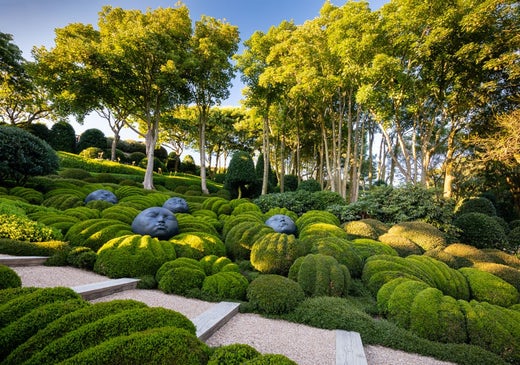 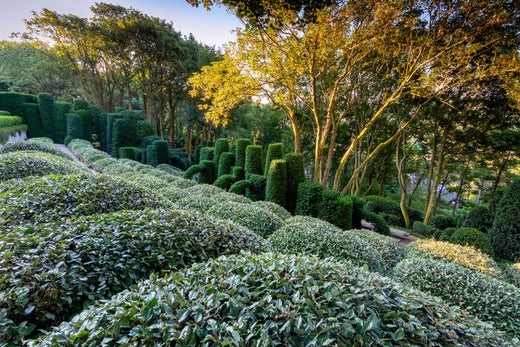 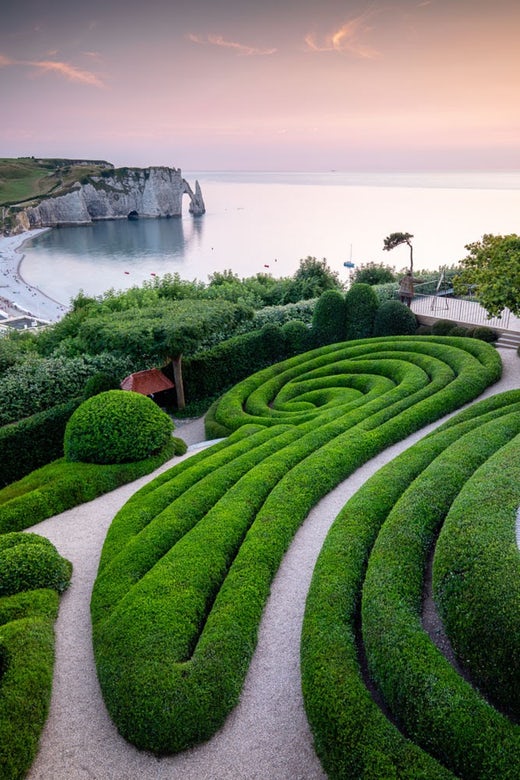 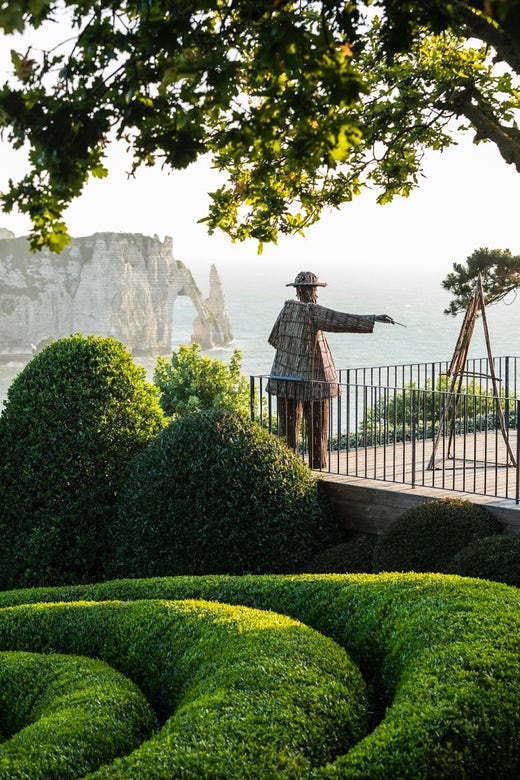 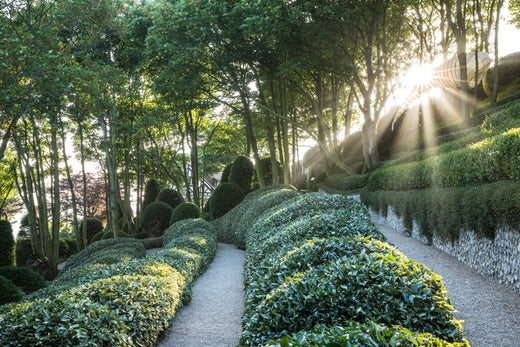 It was very important for us to respect the historic fabric of the site, the biodiversity and the beauty of the local ecosystem. Here you will find a great number of plants trimmed into shapes evocative of the natural features of Normandy region. Green spaces and round forms proceed in waves up to the sea, a forest of clipped yews, whose tops stick out into the sky, regarding the conifers on the French coast, while arcs and gaps symbolize ebb and flow, box tree crowns are reminiscent of oysters washed up on the beach, narrow-leaf phillyrea (Phillyrea angustifolia) look like chalk cliffs.

Les Jardins d’Etretat is made up of seven sections:

Temporary exhibitions of contemporary sculpture coincide with annual summer season launches at Les Jardins d’Etretat and called Double Jeu. The major goal of these exhibitions is to develop a social, natural and artistic milieu aimed to stimulate creativity, improve ethical values, preserve the environment and protect historical and cultural heritage.

Сhickenorpasta. Brésil
Landscape ME. EAU
Billets
We are using cookies to provide you with a better browsing experience Read our policy.