Right on this place in Etretat the famous French actress, La Belle Époque, Madame Thébault decided to create a garden, planting the first tree in 1903, she was inspired by one of the founding fathers of Impressionism - an artist with a passion for gardening Claude Monet.

New styles and old conglomerates began to merge, in order to create, through improved lines and forms, more comfortable space within gardens with sculpted trimmed plants. Due to this evolving search, a new special paradigm has emerged - the philosophy of parametric architecture that incorporated the denial of generally accepted static forms and exploration of new ones, as well as their subsequent modification with aid of computer technologies. Thus, parametric or motion architecture was born – the style that changed our notions about the classical garden or other objects of architectural design.

The landscape architect of the gardens Alexandre Grivko (Il Nature), while creating Les Jardins d’Etretat, has taken inspiration from several directions in art: the classic idea of French gardens, and the concept of avant-garde and minimalism. However, neofuturism has become the main stylistic trend, here it reflects the idea of the unity of man and nature, developing together, respecting the boundaries of each other.

Alexandre made efforts to keep his work restrained and detached, avoiding excessive graphic linearity or, extra volumes, harmoniously combining naturally planted and figuredly trimmed plants into a single composition. In his landscape, the author allegorically presented a world where nature and men are one. The environmental thinking and protection of historical heritage are integral parts of the garden's mission. 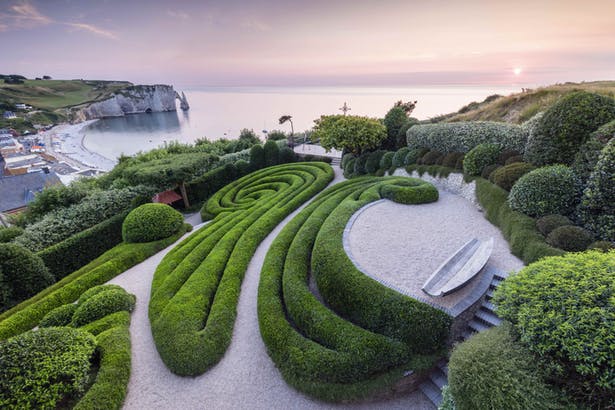 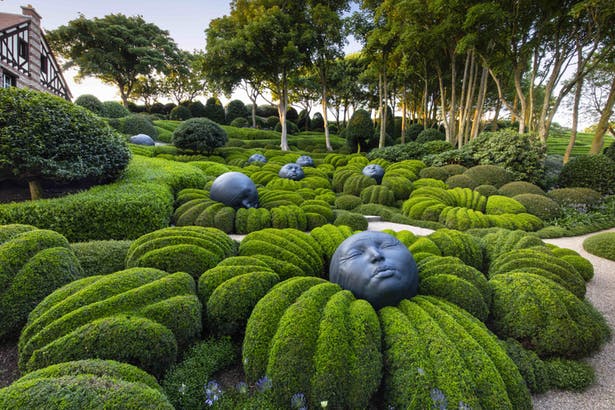 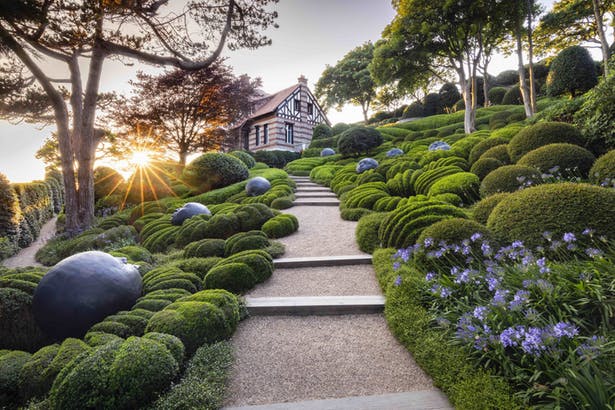 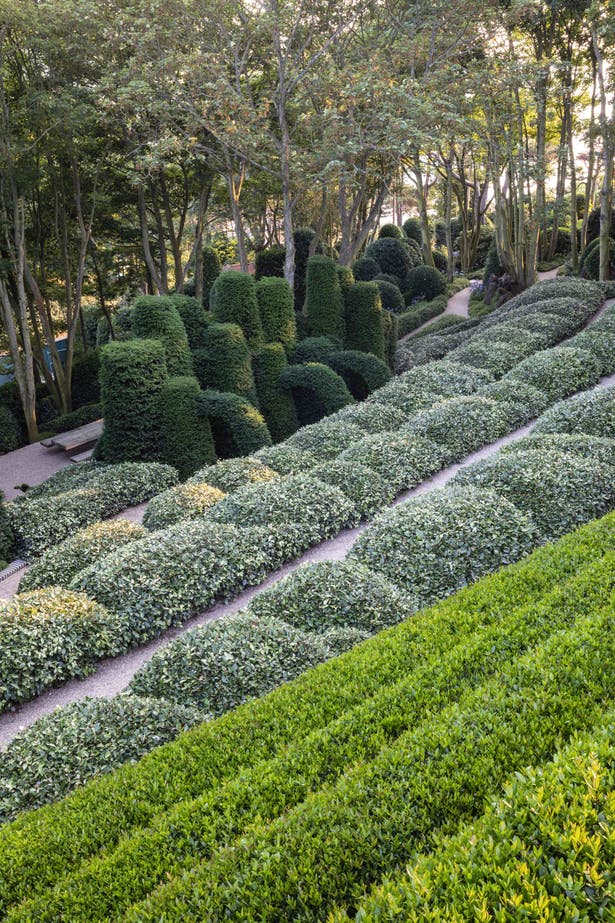 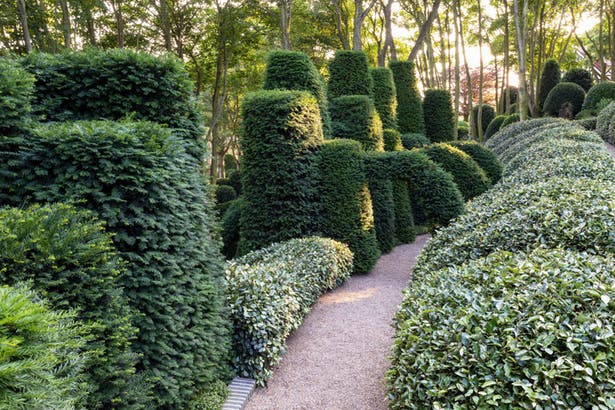 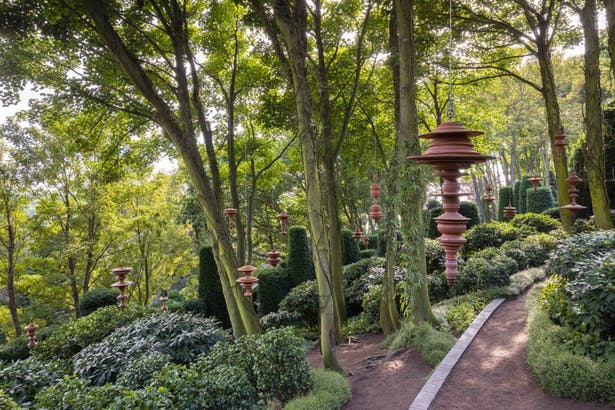 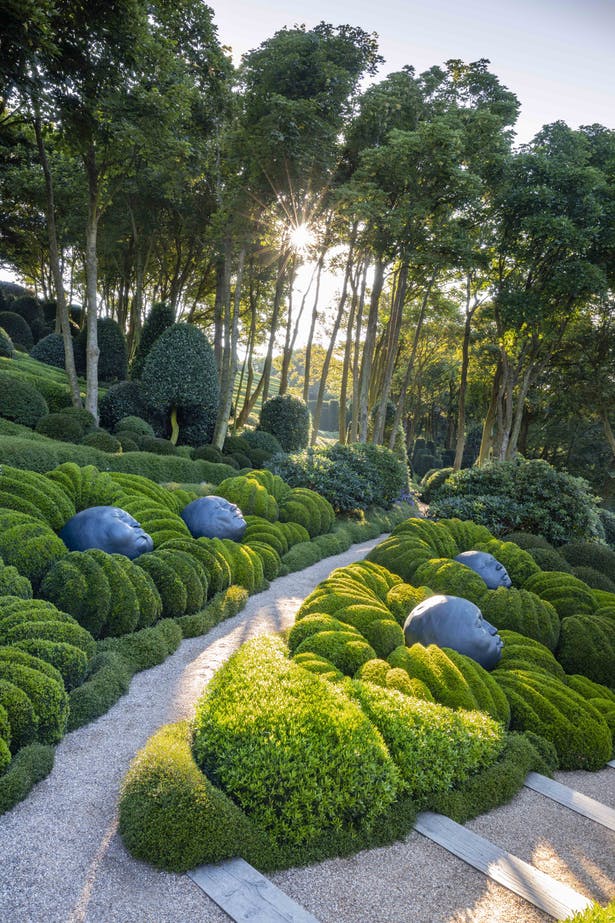 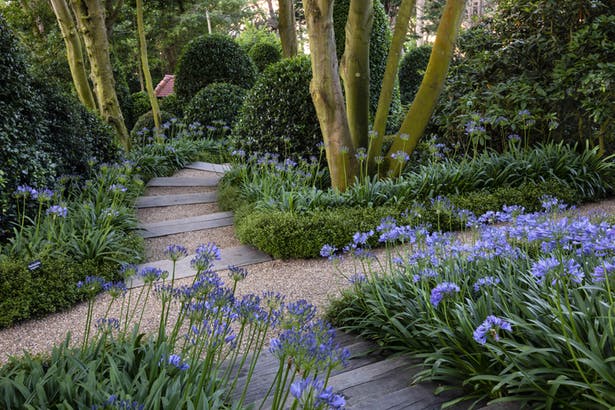 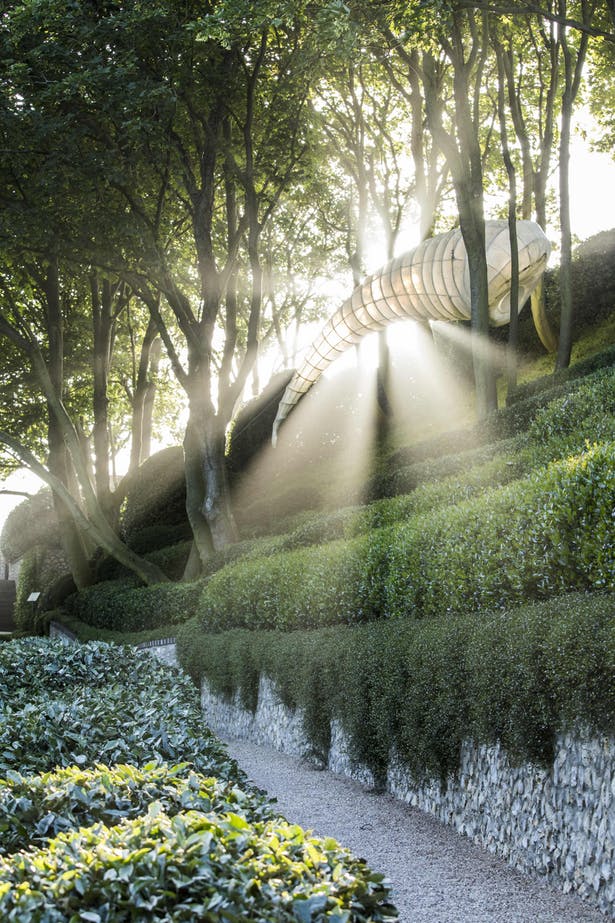 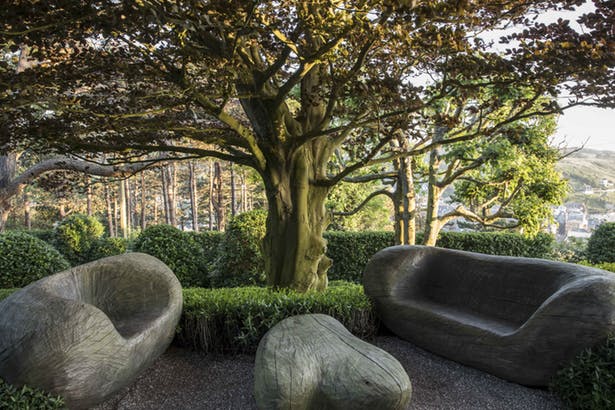 Patrimoine Normand. France
Great gardens of the world. Suisse
Billets
We are using cookies to provide you with a better browsing experience Read our policy.