Right on the Monet!

Lucy Daltroff visits the stunning coastal resort of Étretat in Normandy, the inspiration for French Impressionists and home to one of the most unusual gardens in the world

It’s easy to imagine Monet setting up his easel and painting the wonderful views in a series of paintings from the small, but charming French seaside resort of Étretat, located in his native Normandy.

The erosion of the chalk cliffs has resulted in spectacular arch formations, which are a gift to artists at any time of the day.

In fact, it was this stunning backdrop that features in Monet’s famous painting The Cliff, Étretat: Sunset in 1883 and inspired dozens of other works.

Étretat is just a 30-minute drive from the port of Le Havre, but I am not here just to see the rock face or the charming old town with its lovely hotels and restaurants.

Rather, my main purpose is to visit the famous Les Jardins D’ Étretat, which are reopening for the season.

The road from the centre of the town is quite steep and initially just a small church, the famous Chapel of Our Lady of the Guard, built in 1856, is visible, shielding the summit. Turn the corner however, and just a bit further down the path the entrance to Les Jardins dramatically appears, revealing what can be best described as something somewhere between an agricultural Alice in Wonderland and an art gallery.

Its position on the side of a hill means that it consists of gently descending winding paths, all with the stunning bay providing a remarkable backdrop. Features include a tree with a big wind-up key half-way up the bark. Turn the key and music plays. A well-trimmed group of bushes represents the movements of the ocean with its swell and tides. Nearby, a planted path leads to a group of wicker figures, one hugging what represents the last tree on earth.

The whole place is a haven for birds too and their constant song adds to an overall feeling of peace and tranquillity.

In other corners, strangely-shaped stone sculptures shimmer in the sun. The most dramatic feature to my mind is the series of large sculpted heads, which lie face-up on the topiary and have been produced by the Spanish artist Samuel Salcedo. Each countenance is different and each displays its own expressive set of facial expressions. 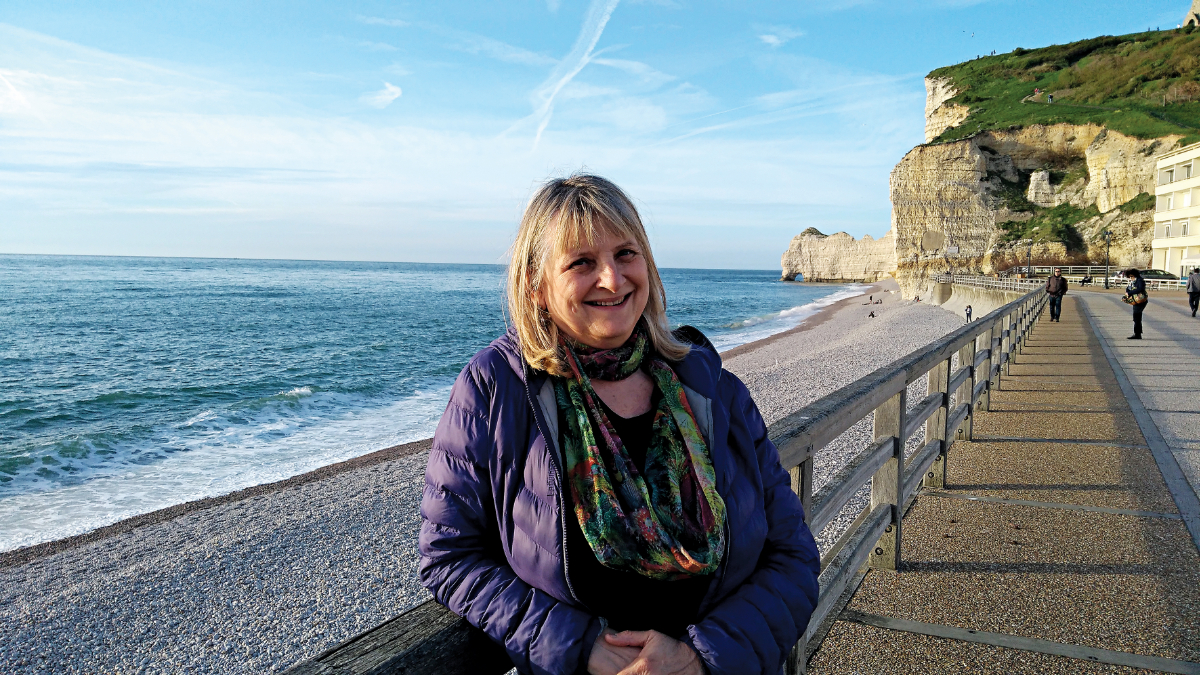 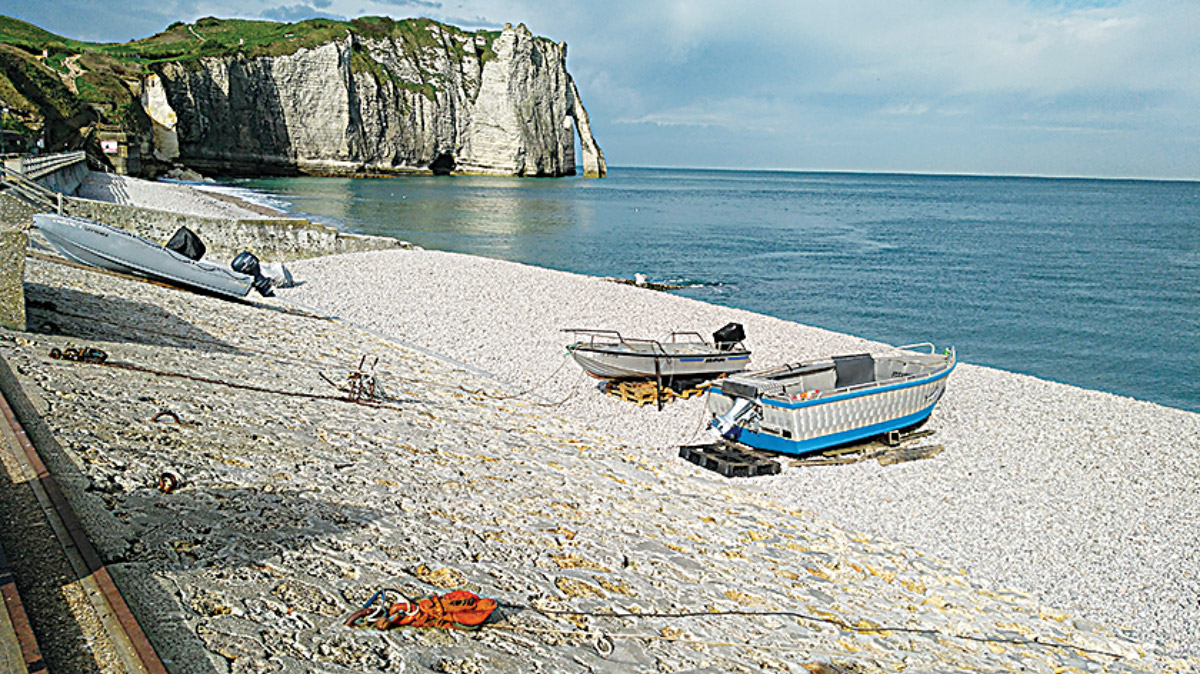 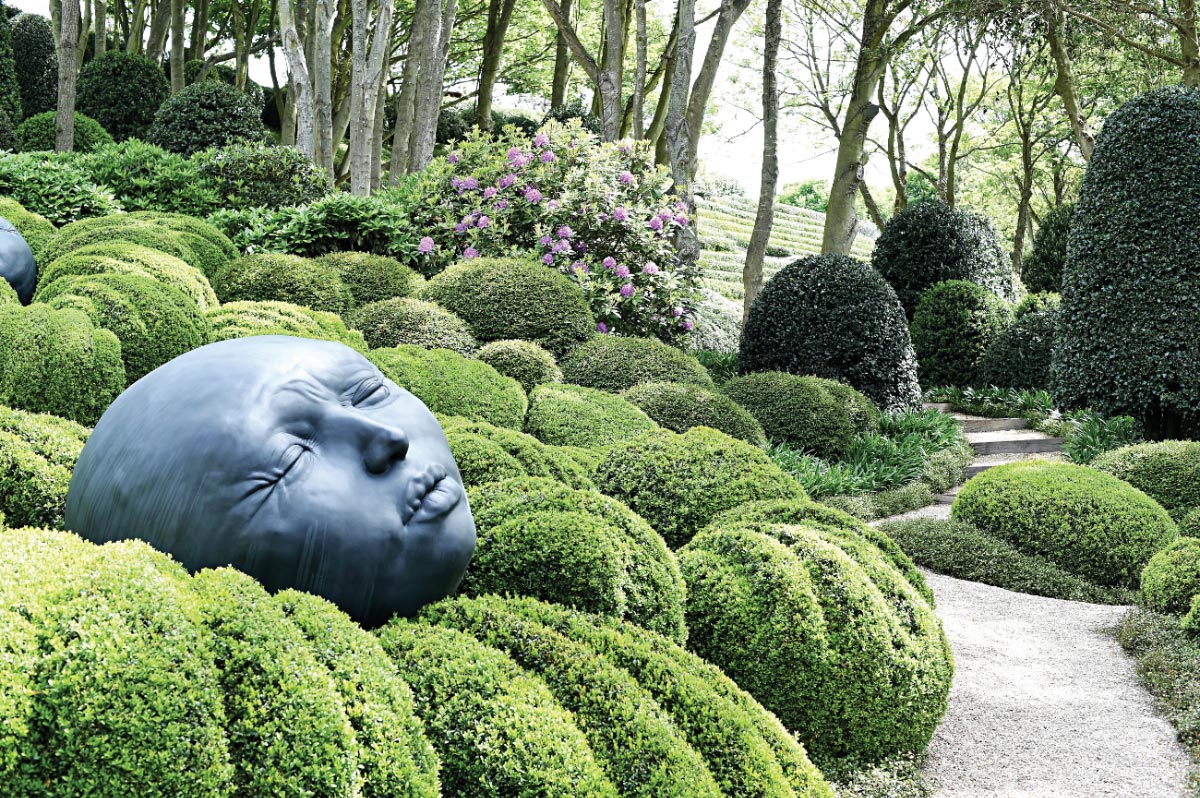 Then, suddenly, when everything seems rather too ephemeral, a very practical and huge 10-metre-long table is found right in the centre of the gardens. Even that is extraordinary, however, as it is fashioned from a single oak.

Another special feature in the gardens is the lovely Normandy-style Villa Roxelane. It is used solely for special occasions and not generally open to the public but there is a snack bar next door offering refreshments.

The gardens were originally planted in 1903 by a famous actress known only as Madame Thébault. She was a friend of Claude Monet, himself a keen gardener.

The estate lay abandoned until three years ago, when a Russian landscape architect named Alexander Grivko, the art director of the London-based garden design and landscaping company IL Nature, discovered it while in the area on holiday.

He negotiated with the local council to buy the land and when I met him he told me via an interpreter a little more about the project, explaining that salty air combined with the high altitude made it difficult to grow plants so it took two years to rebuild, with a team of 30 people. It was, he told me, “the most difficult venture I have ever undertaken” – a big claim, as he has undertaken projects all over the world and runs a company that boasts offices in London, Paris and Moscow.

Monet was not the only famous artist to gain inspiration from Étretat. Another was Gustave Courbet, whose large 1870 painting, Étretat – Cliffs after the Storm, painted on a wet summer’s day, is a highlight of the impressionist section of the Musee D’Orsay in Paris. Viewers are drawn to it by the clarity of the light just after the rain and the balance of air, land, rock and sky.

Like many other works of art on display in major museums around the world, the painting is now known to have been stolen from a Jewish family by the Nazis during their wartime occupation of France.

The original owner was a Jewish émigré from Russia and her husband, who dispatched the Courbet painting for sale before they were arrested and deported to Auschwitz. The childless couple died there and there is currently a new bid to try to restore the work to their heirs.

Elle Normandie. France
Reponse a tous. France
Tickets
We are using cookies to provide you with a better browsing experience Read our policy.