Need a Breather? Get Lost in This Mesmerizing Garden in France

A historic French estate inspired by Claude Monet has been revived as a neo-futurist garden with otherworldly art and breathtaking views.

Perched above the alabaster cliffs at Étretat in Northwestern France, the property once belonged to French actress Madame Thébault, who created the garden to reflect the artwork of her friend Claude Monet. In 2017, Grivko updated and expanded the grounds into a world-renowned attraction that has earned a Green Guide Michelin star.

"When I found out about an opportunity to buy this piece of land, there was zero doubts," says Grivko, who had visited the grounds decades prior and recognized the enormous potential of the site.

"This is a magical location on the rock d'Aumont. It has a breathtaking view on the ancient town and the surrounding cliffs. Claude Monet has said: ‘Such cliffs cannot be found anywhere.’"

Drawing inspiration from André Le Nôtre, an 18th-century French landscape architect best known for his work at the Palace of Versailles, Grivko envisioned a new type of garden with large-scale topiaries that merge classic garden styles with contemporary and experimental features. "Les Jardins d'Étretat does not slot into a particular style of a garden, but maybe sets a new neo-futuristic vision," says Grivko. He notes that Vito di Bari’s 2007 Neo-Futuristic City Manifesto champions a blend of art, technology, ethical values, and nature.

Since Les Jardins d'Étretat was technically Grivko’s first public-facing garden, he saw the project as a new opportunity for experimentation. "The whole process of creation was altered—it was a pure fantasy with absolute freedom of expression," he explains. "I planned everything differently, considering all kind of people, their interests, and points of attraction for them." 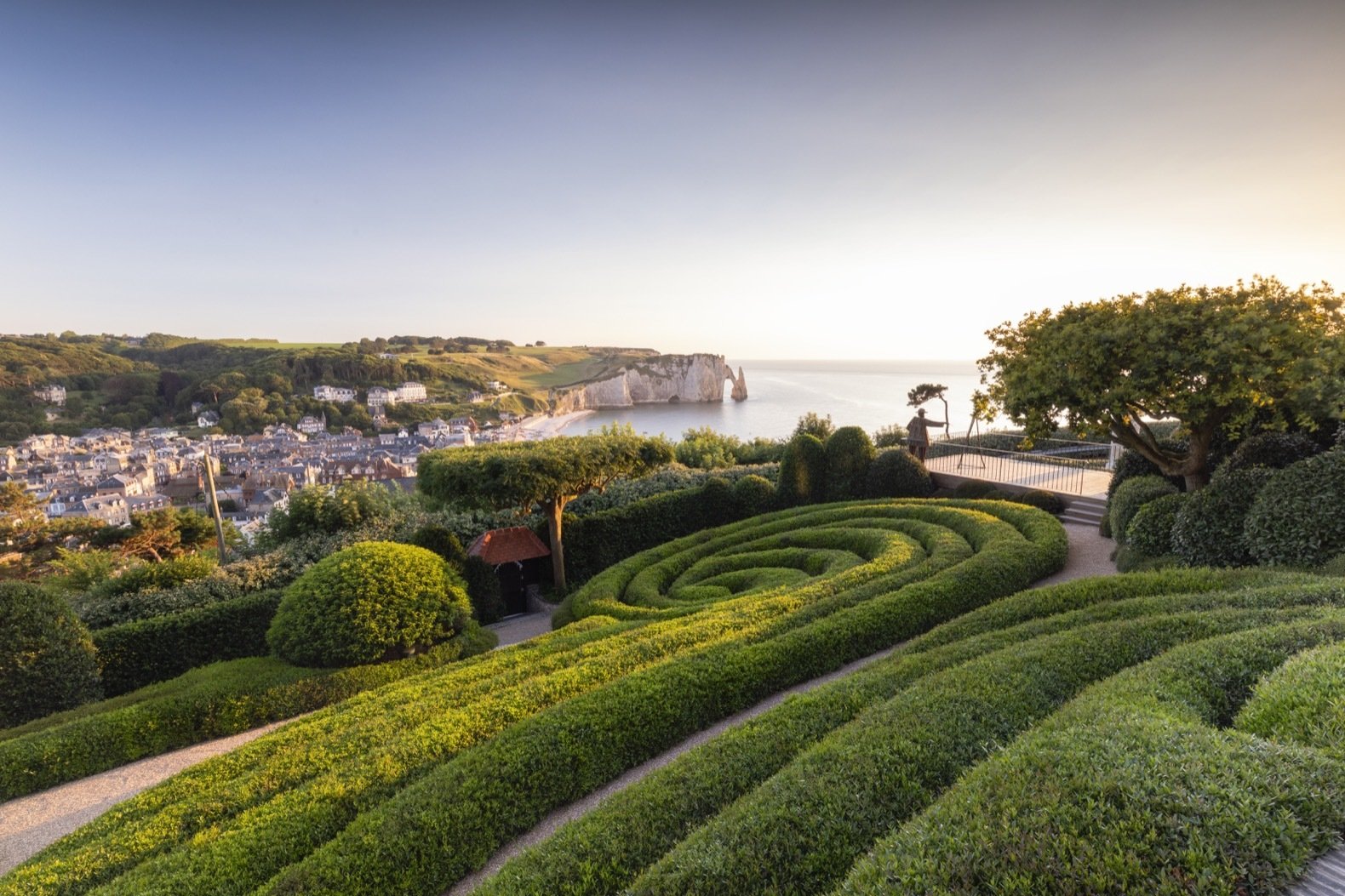 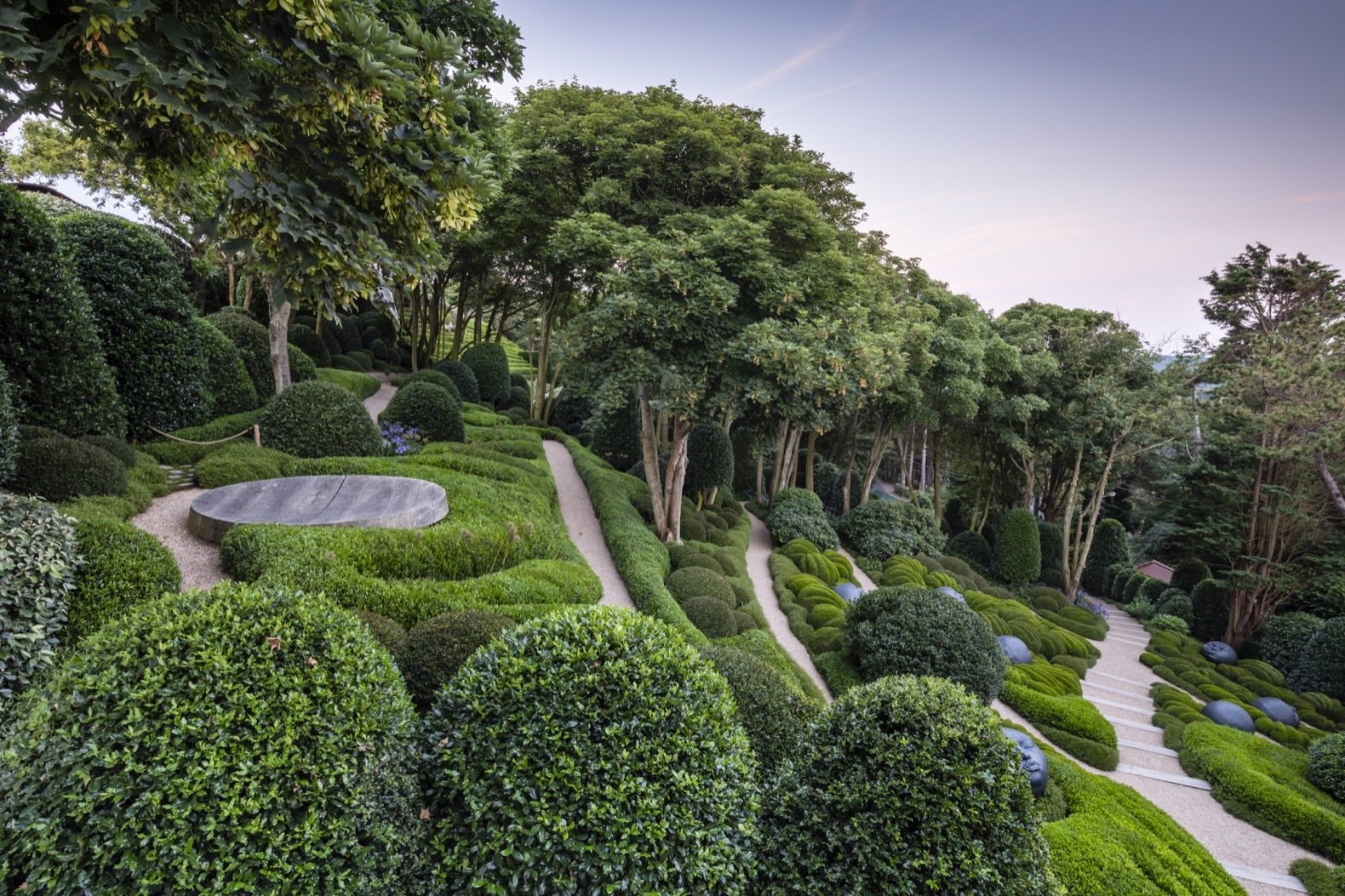 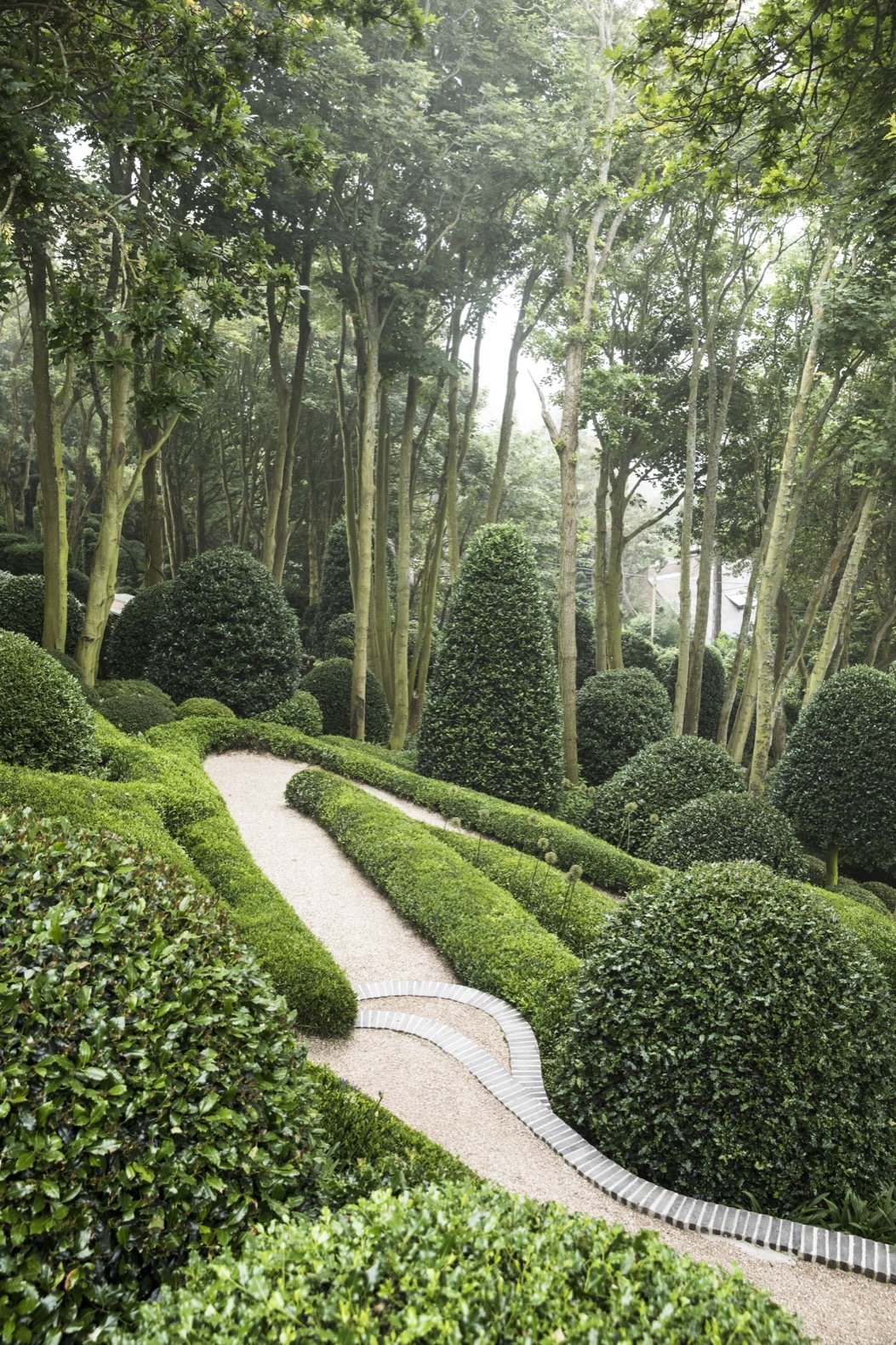 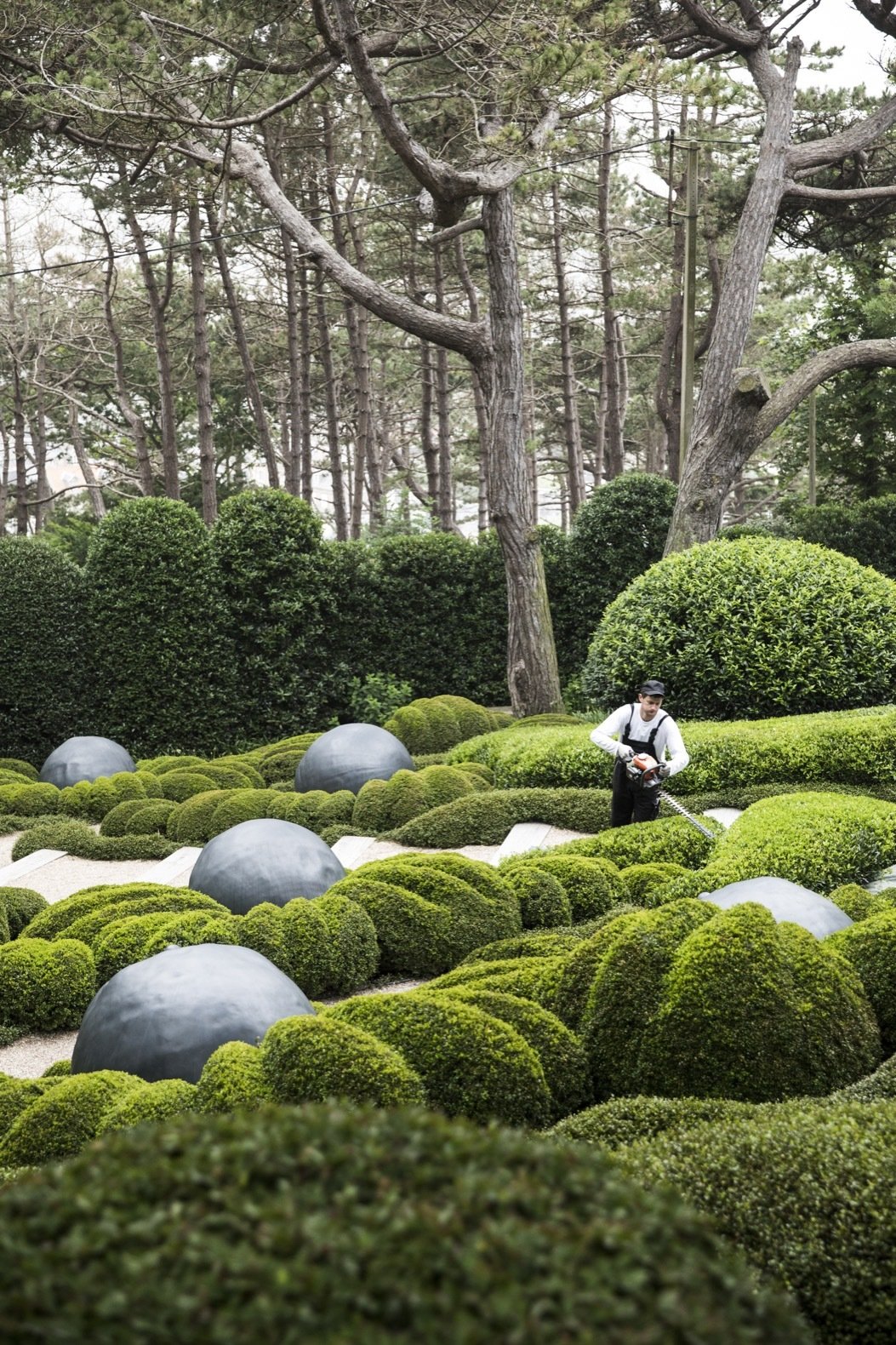 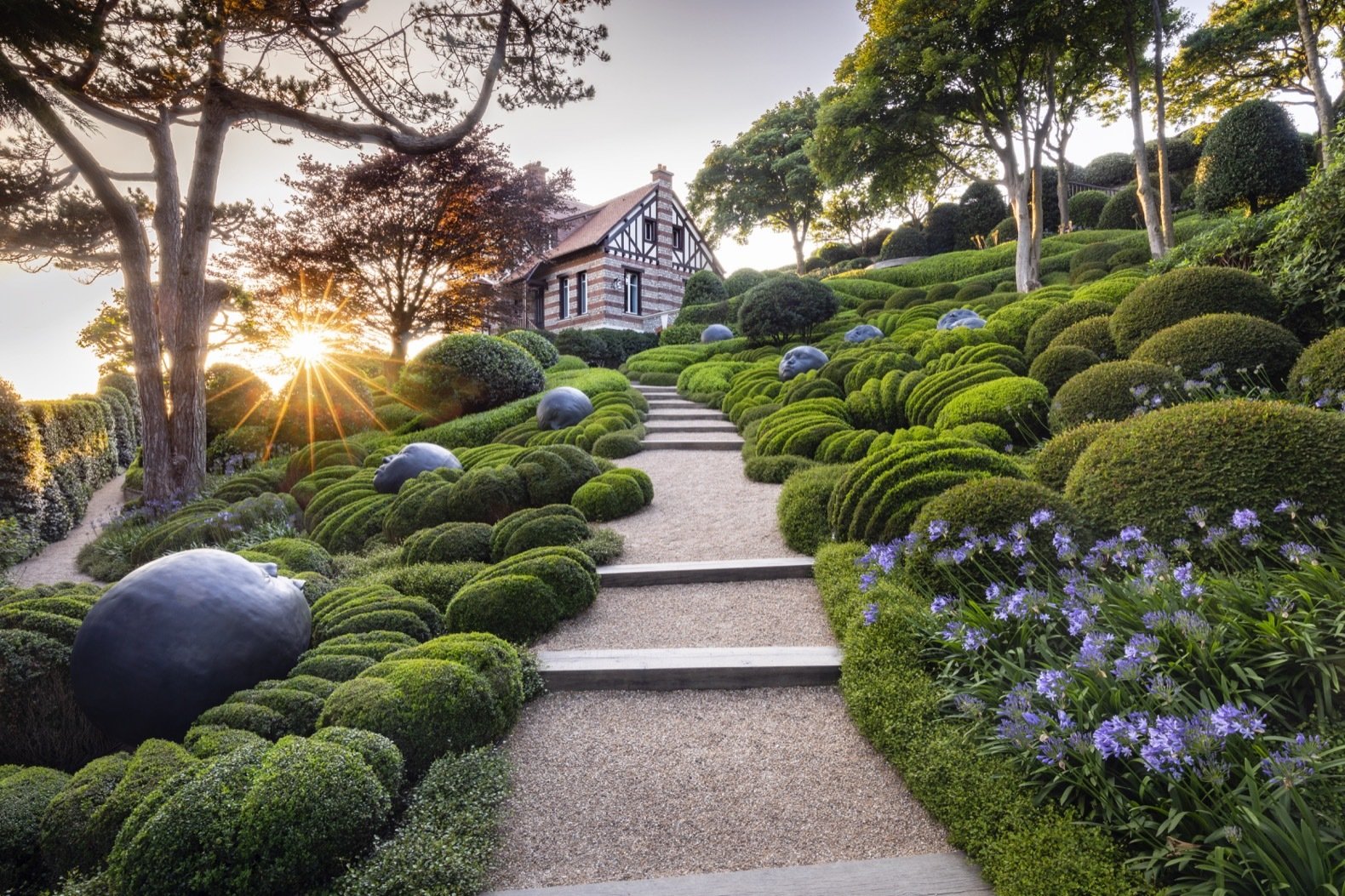 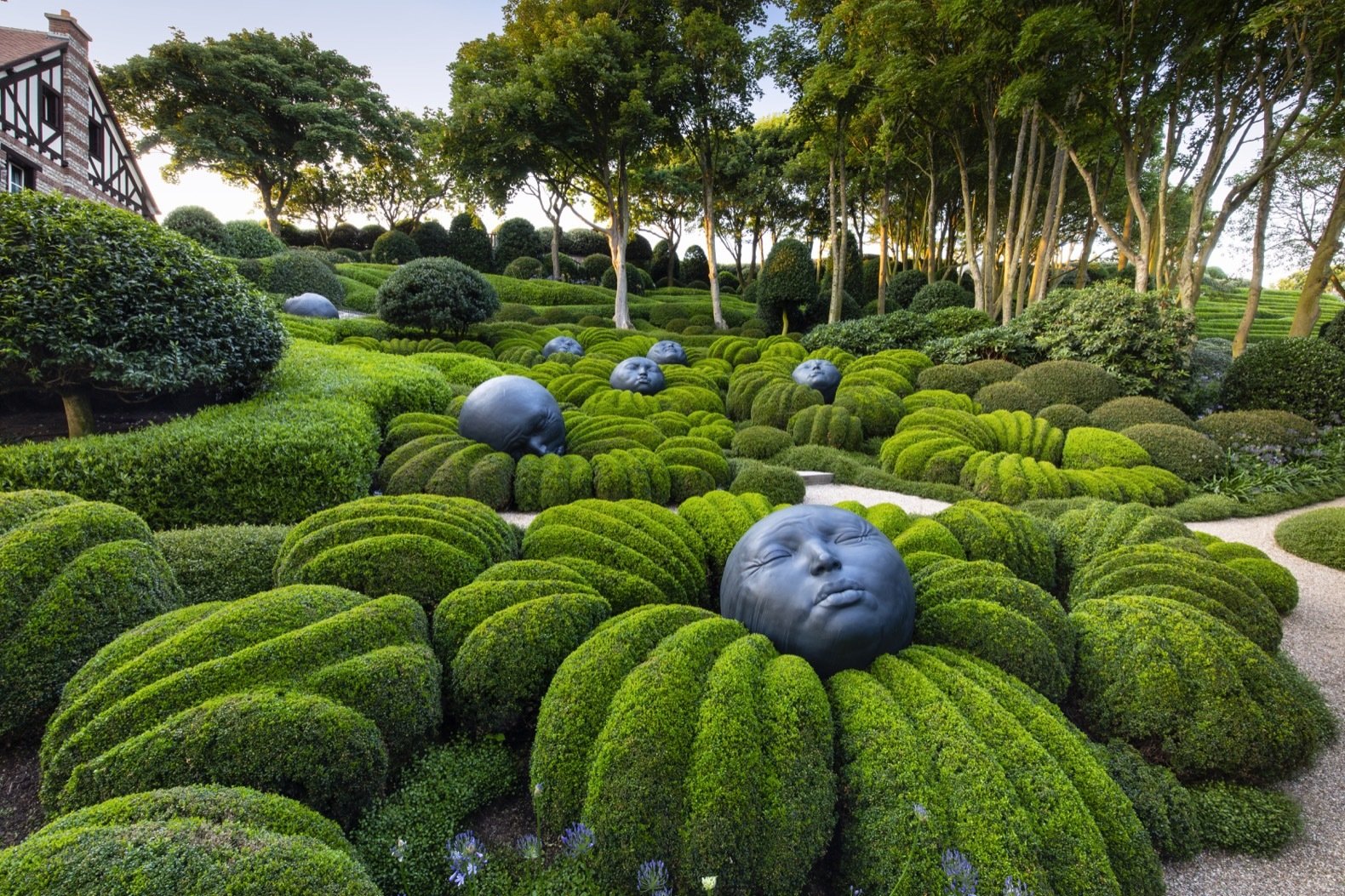 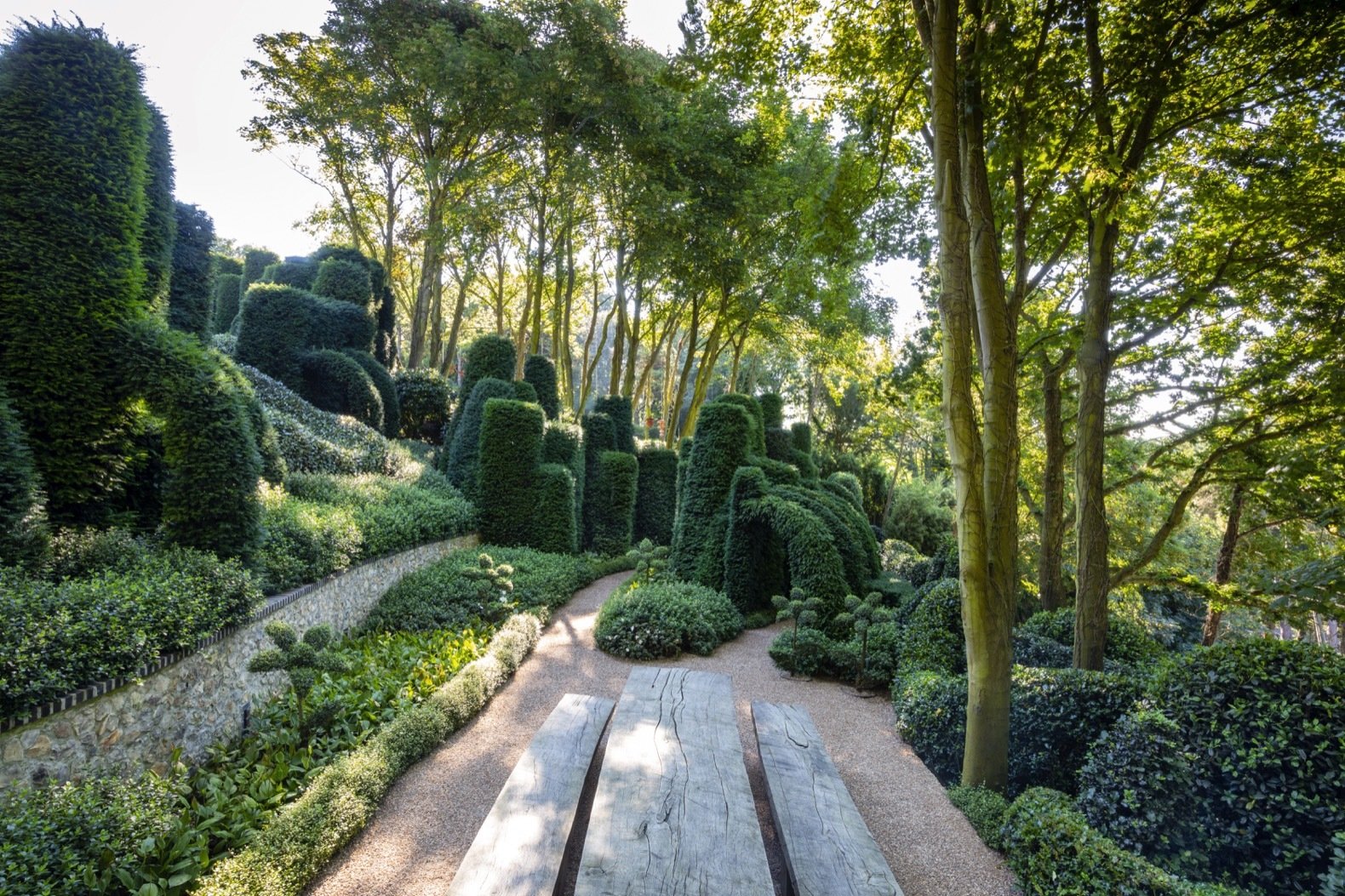 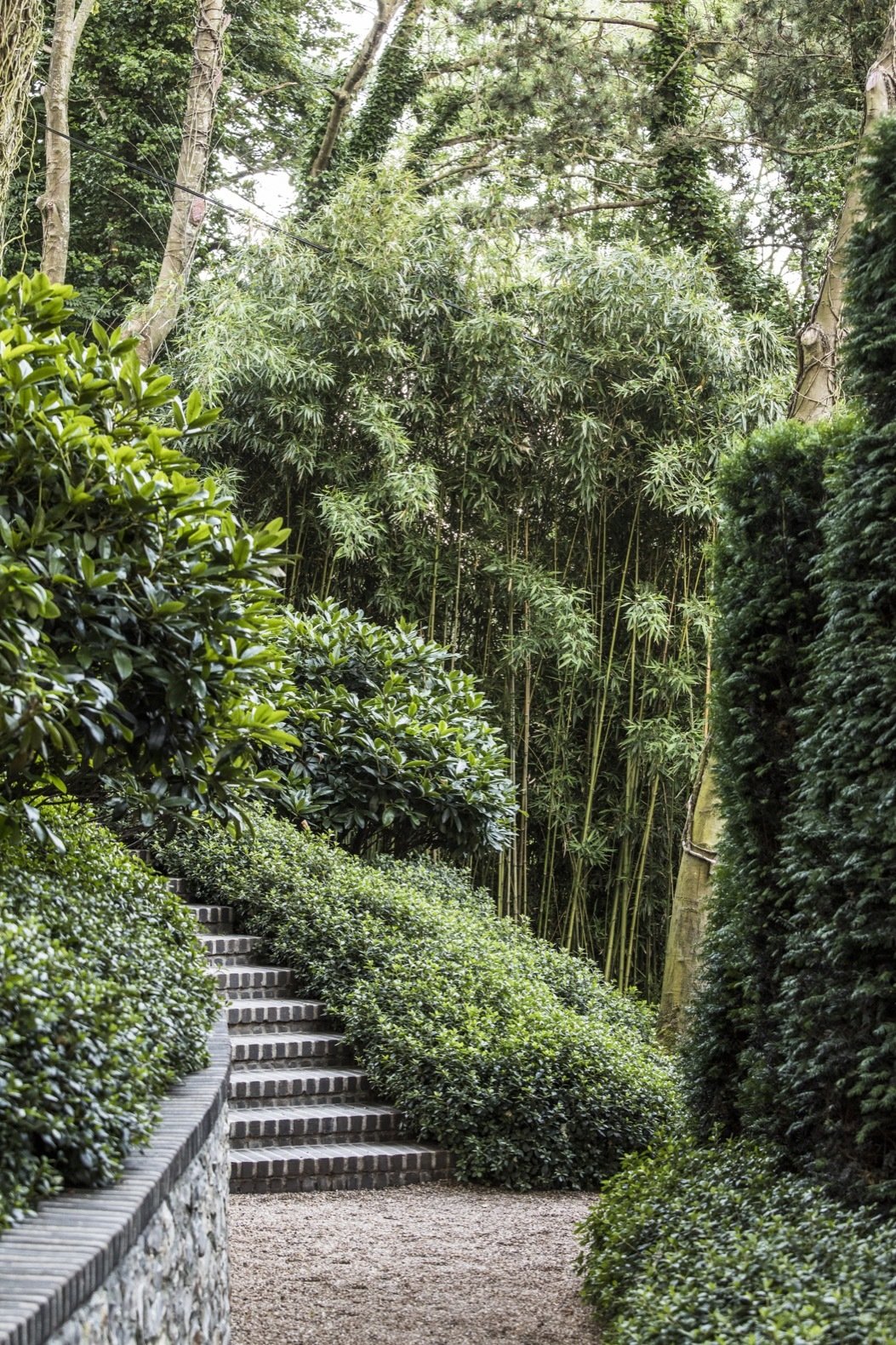 Acutely aware of Étretat’s UNESCO World heritage status, Grivko and his partners at London-based garden design firm IL NATURE created a masterplan with meticulous precision to account for everything from the reconstruction of the villa to the individual trees. The property was expanded to 3.7 acres, which necessitated the transportation of tons of soil to the rocky cliff, and the introduction of over 100,000 evergreen plants.

Madame Thébault’s original rare orchid collection at the front of the villa was also faithfully restored to the best of the team’s abilities, and it includes many of the specimens Thébault once grew, including Cypripedium Memoriam Shawna Austin, Victoria, Queen White, and Lady Dorine. "It is a fitting way to remember Madame Thébault and celebrate her talent and love of art and nature," notes Grivko.

The sculptural topiaries complement an open-air array of contemporary art, and a permanent sculpture collection marks the garden’s core. Every summer, new art is showcased as part of the temporary Double Jeu collection.

"I observe people leaving in silence with a smile on their faces," says Grivko. "They come out slightly surprised. It makes me happy to see such an impact; the garden lets you think and ponder. It’s a place of inspiration open to everyone. It’s an example of what humans are capable of."

Landezine. Slovenia
France.fr France
Tickets
We are using cookies to provide you with a better browsing experience Read our policy.